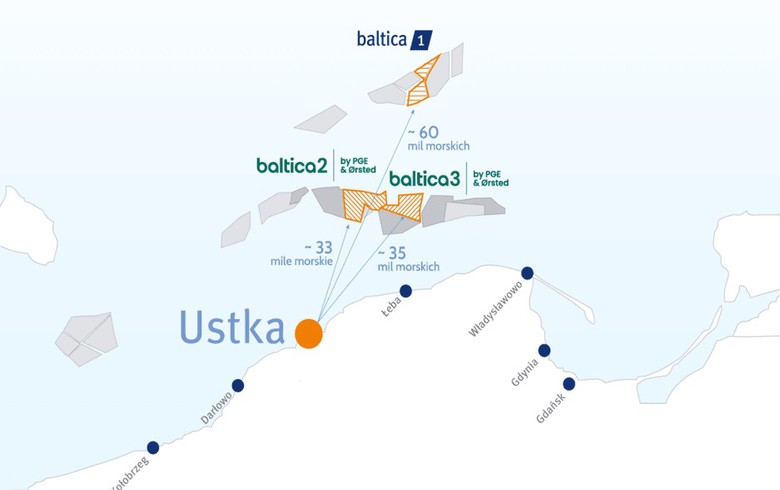 October 22 (Renewables Now) - Polish utility PGE Polska Grupa Energetyczna SA (WSE:PGE) on Thursday announced a letter of intent for the potential creation of an offshore wind service hub at the port in Ustka on the Polish coast.

In partnership with Ørsted A/S (CPH:ORSTED), PGE is developing the Baltica offshore wind farm project with an overall capacity of 2.5 GW in the Polish Baltic Sea. As part of the companies’ joint venture, PGE is responsible for the construction and operation of a service port for the jointly developed wind farms, according to the announcement.

PGE and PGE Baltica have signed the letter of intent with the city of Ustka.

The utility said that among the advantages of the port in Ustka are its proximity to the planned offshore wind farms, its size, the availability of investment land and the positive attitude of city authorities.