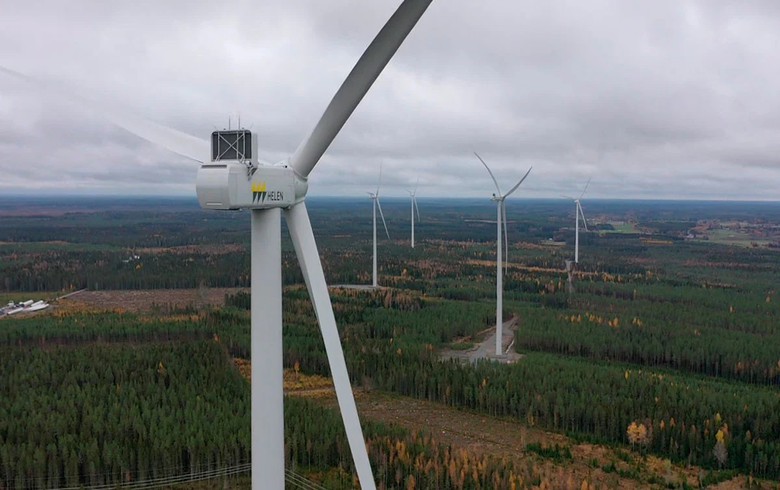 March 14 (Renewables Now) - Swedish renewables developer OX2 AB (STO:OX2) said on Friday it has acquired a project for a roughly 40-MW wind farm in Finland under a deal that also includes the rights for the construction of seven parks in the Nordic country.

The so-called Salo-Ylikoski scheme was sold by Finnish developer Tuuliveikot Oy. The value of the purchase was not disclosed.

To be located in the Southern Ostrobothnia region’s Kauhava municipality, the Salo-Ylikoski wind farm will be equipped with turbines with a height of up to 220 metres (721.8 ft). OX2 intends to start wind measurements at the site and initiate construction planning in the spring. Building works are scheduled to commence in 2023.

The project has been under development by Tuuliveikko for eight years.

At present, OX2 has 800 MW of wind turbine capacity under construction in Finland, as well as 12 wind parks that are already producing electricity. The Swedish firm is building what will be the largest wind farm in Finland – the 455-MW Lestijarvi in the Central Ostrobothnia region.

“Domestic energy production is more important to us now than ever before,” said Teemu Loikkanen, Country Manager of OX2 Finland.