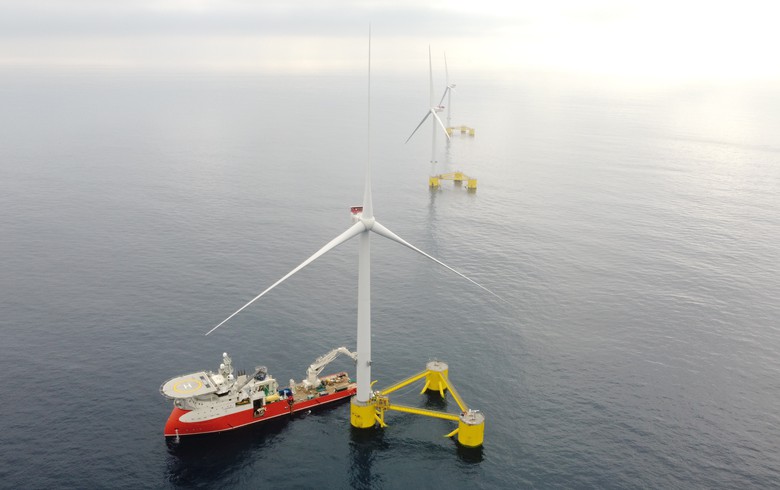 November 18 (Renewables Now) - Ocean Winds, a joint venture by EDP Renewables (EDPR) and Engie SA (EPA:ENGI), and Principle Power Inc earlier this week announced an agreement to work on the design of the floating platforms for an up to 270-MW offshore wind project in French waters.

The South Brittany floating offshore wind farm will be the result of the first commercial-scale floating wind tender by the French government. In September, Ocean Winds was pre-selected to participate in a competitive dialogue over the next months. A winner is expected to be announced in 2022.

Ocean Winds is a 50/50 JV between EDPR and Engie. It has been involved in projects such as Windfloat Atlantic in Portugal, Seamade in Belgium and Moray East in Scotland.

Principle Power supplies its WindFloat platforms around the world, with 75 MW of wind capacity already operating on its technology.

Together, the two companies will design WindFloat units that fit the conditions off the coast of southern Brittany, where the floating wind project will be located.