Nordex to supply turbines for 148-MW wind project in Finland 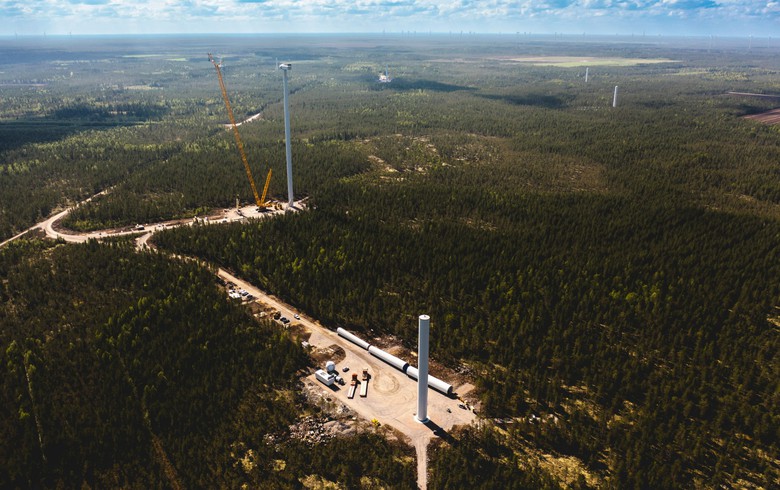 The contract was awarded by a consortium of Finnish energy utility Helen Oy and Alandsbanken Wind Power Fund which acquired the Karahka wind project earlier this year.

In the spring of 2024, the German manufacturer will supply 25 N163/5.X turbines for the wind farm that will be built in the north of the town of Oulainen. Under the contract, it will provide also premium services for the turbines for a period of 35 years.

Nordex noted that it will use a hybrid tower with a hub height of 168 metres in an effort to reach a higher energy yield at the site, which is characterised by average wind speeds.

Karahka, along with the 40-MW Juurakko project in the same region, was developed by VSB Uusiutuva Energia Suomi Oy, the Finnish affiliate of wind and solar developer VSB Group, and received building permission in January 2022. VSB will perform the infrastructure work which is planned to begin in 2023.

The job for the Karahka project comes a few months after Nordex was awarded an order to equip the 165-MW Kalistanneva wind project in Finland which is also owned by Helen and the Bank of Alands’s Wind Power Fund.