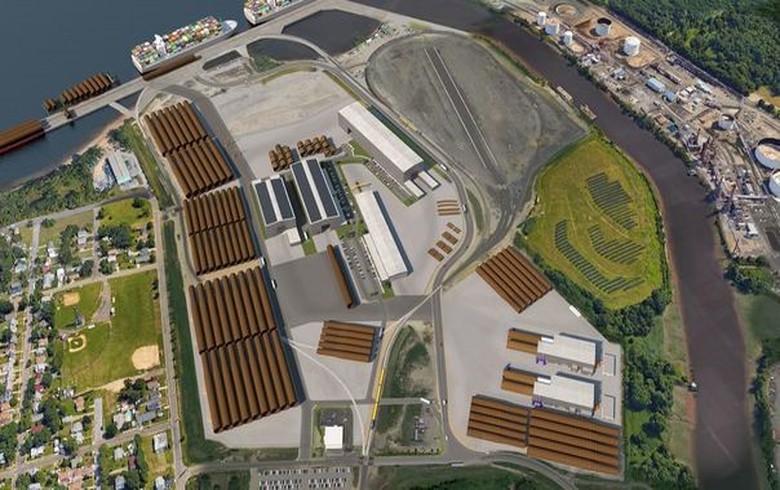 April 21 (Renewables Now) - The EEW facility in New Jersey that will produce monopiles for the 1.1-GW Ocean Wind project off the coast of the state and the wider US offshore wind industry has begun construction.

The US' largest industrial offshore wind manufacturing facility so far will be located at the Port of Paulsboro Marine Terminal in Gloucester County. It is supported by a USD-250-million (EUR 208m) investment that was announced by New Jersey governor Phil Murphy at the end of last year.

"With the cooperation and support from Ørsted and the State of New Jersey, EEW is proud to be the first major offshore wind manufacturing company to break ground in the United States," said Lee Laurendeau, chief executive of EEW-American Offshore Structures.

As part of the building works, the 70-acre (28 ha) site will be cleared and graded, and the quayside will be reinforced to be able to bear the 2,500-ton monopiles. Two large buildings that will support circumferential welding, sandblasting and painting, will also be constructed.

The Ocean Wind farm will be located 15 miles (24.1km) off the coast of southern New Jersey and will be generating enough electricity a year to meet the needs of 500,000 local homes.

In June 2019, Ørsted won the preferred bidder status in New Jersey’s first offshore wind solicitation with the Ocean Wind project. The Danish energy major completed the sale of a 25% stake in the project to PSEG this month.