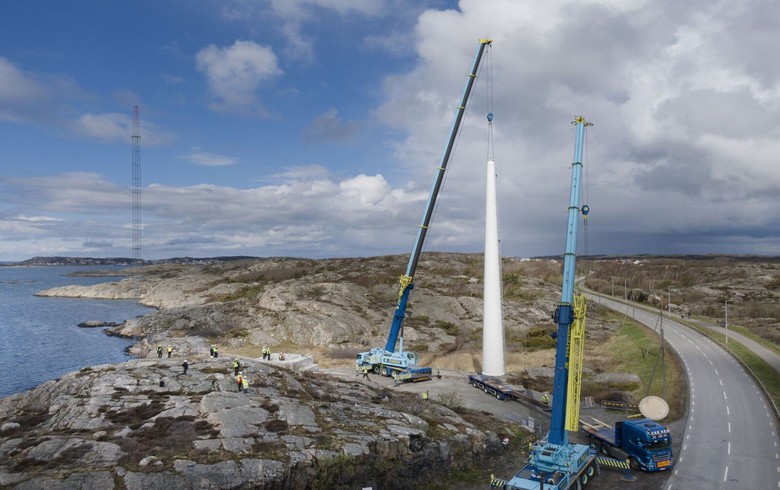 May 4 (Renewables Now) - Swedish engineering and industrial design company Modvion AB erected last week the pilot wooden tower for wind turbines at a site on Bjorko island outside of Gothenburg.

The 30-metre high tower was built for the Swedish Wind Power Technology Centre based at the Chalmers University and will be used for research purposes, Modvion said.

“Laminated wood is stronger than steel at the same weight and by building in modules, the wind turbines can be taller. By building in wood, we also reduce carbon dioxide emissions in manufacturing and instead store carbon dioxide in the design”, said Modvion CEO Otto Lundman.

Wooden towers cost less than steel ones, which lowers the cost of wind power, the company noted. In addition, the modular design of the tower allows sections to be transported on public roads.

Modvion has teamed up with truss manufacturer Moelven Toreboda AB to build the first tower at a gluewood factory in Toreboda. The duo intends to continue their cooperation through the mass production stage.

Modvion has already signed declarations of intent with electric utility Varberg Energi for the purchase of a 110-metre tower, and with Swedish wind power company Rabbalshede Kraft AB for ten towers at least 150 metres high.

Tower manufacturing on a commercial scale is to start in 2022, Modvion said.