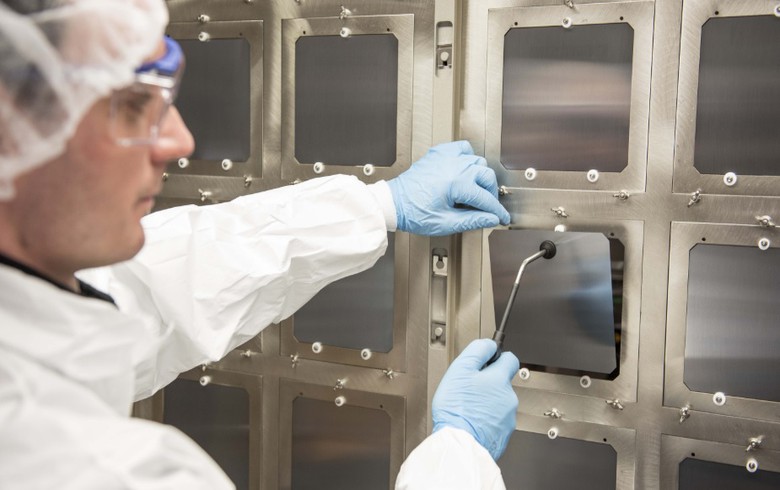 On Friday, Oxford PV unveiled the completion of the build-out of its manufacturing site in Brandenburg an der Havel, Germany, where it will conduct the volume production of perovskite-on-silicon tandem solar cells. The manufacturing line there is expected to achieve full production next year, with an annual target manufacturing capacity of 100 MW.

While announcing this milestone, Oxford PV said it has also ended its exclusive relationship with Meyer Burger.

“Since 2017 we have been operating a small volume line on site which has enabled us to optimise our product and verify that we meet our long-term stability and manufacturability targets. Now that the technology is ready for deployment and the factory build-out has been completed, we are excited about our journey ahead to realise our mission to make perovskite PV the mainstream solar technology,” said Frank P Averdung, CEO of Oxford PV.

According to Meyer Burger’s own announcement today, this decision is unexpected. The two companies teamed up in March 2019 to jointly develop the technology needed for mass production of perovskite tandem cells based on Meyer Burger’s heterojunction silicon cell technology (HJT) and perovskite production equipment. The partnership led to Meyer Burger buying a minority stake in Oxford PV. Presently, that ownership interest amounts to 19.76%.

For many years, Meyer Burger operated as a supplier of machinery and equipment for the solar industry, but earlier this year made its debut as a solar cell and modules producer. The Swiss company stated that Oxford PV's decision to end the partnership has no impact on the success of Meyer Burger's transformation or its forecast. It added that it holds a portfolio of processes, technologies and production techniques for its own potential mass production of tandem solar cells and modules.