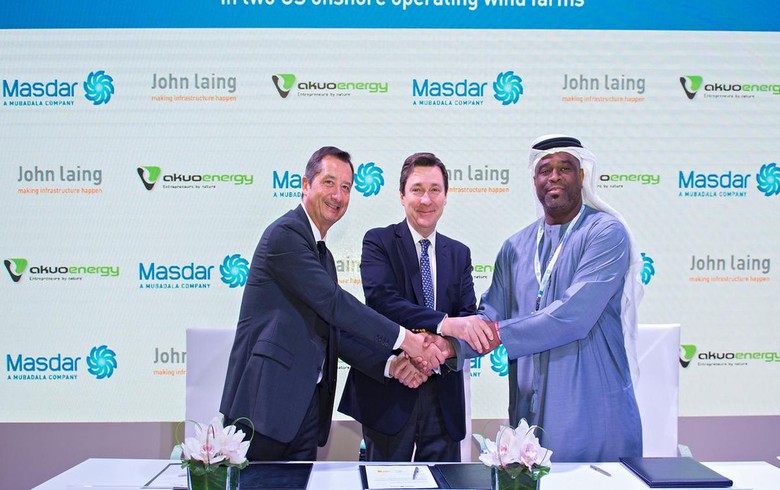 The share purchase agreement covers the divestment of the 149-MW Rocksprings wind park in Texas and the 29.9-MW Sterling plant in New Mexico, the seller said on Tuesday. The UK infrastructure investor’s partner in the two projects is French renewable power producer Akuo Energy.

"This investment realization with Masdar will release capital to recycle into new greenfield opportunities in the US and internationally where we remain committed to our strategy investing in renewable energy and other infrastructure,” said Joign Jaing’s CEO Olivier Brousse.

The deal is subject to government and financing partner consents process and is expected to be completed in the first half of this year. It will mark Masdar’s first investment in North America’s renewables sector, the company said in a Twitter post.