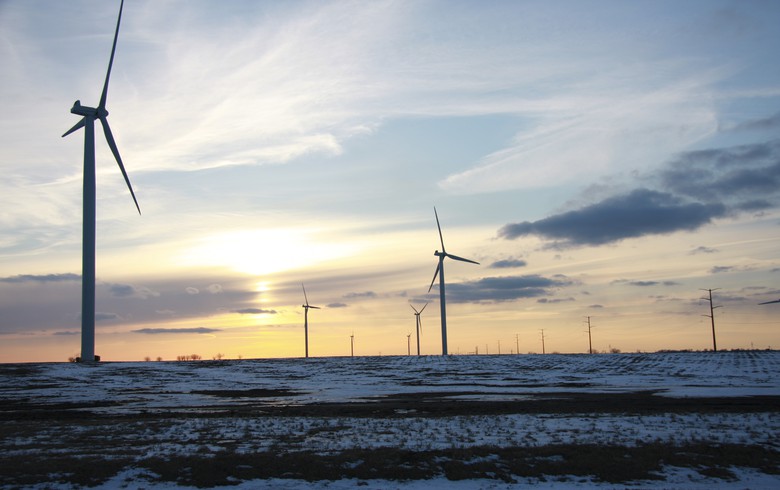 September 20 (Renewables Now) - The US Energy Information Administration (EIA) expects that US wind capacity additions in both 2019 and in 2020 will be near the annual record level of additions set in 2012.

Wind capacity additions through June 2019 totaled 3.7 GW. According to projects reported to EIA through surveys and on EIA’s Preliminary Monthly Electric Generator Inventory, operators expect another 8.5 GW to come online by the end of this year, with an additional 14.3 GW by the end of 2020. 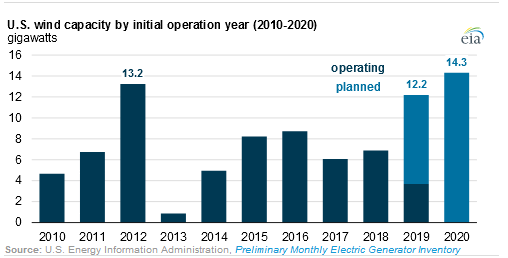 Changes in annual wind capacity additions in the United States are often related to changes in tax incentives. The US production tax credit (PTC), which provides operators with a tax credit per kilowatthour of renewable electricity generated for the first 10 years a facility is in operation, was initially set to expire for all eligible technologies at the end of 2012 but was later retroactively renewed.

When renewed in 2013, the PTC provided a maximum tax credit for wind generation of USD 0.023 per kWh for the first 10 years of production. Under the PTC phaseout, the tax credit decreases by 20% per year from 2017 through 2019. Facilities that begin construction after the end of 2020 cannot claim the PTC.

Under the current PTC legislation, wind projects are eligible to receive the tax credit based on either the year the project begins operation or the year in which the project owner demonstrates that project construction has begun and they have spent 5% of the total capital cost for the project. The 5% threshold provision, known as safe harboring, enables wind developers to receive the PTC based on the credit available for that year if they complete construction in no more than four calendar years after the calendar year during which facility construction began.

US wind projects must come online by December 2020 to receive the full 2016 PTC value. As in previous years, many of the 2020 wind capacity additions are expected to come online in December. According to reported dates for wind projects coming online in 2020, EIA expects 7.2 GW, or about half of the annual total, to be completed in December.