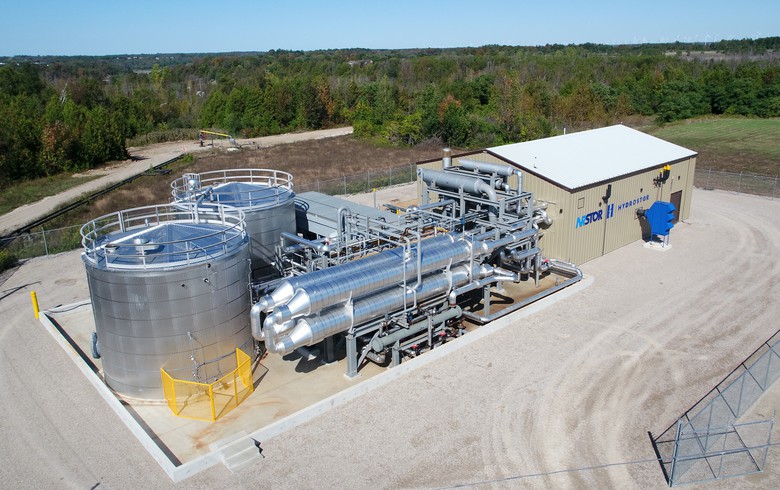 In late April, the company said it was developing 1,000 MW/10,000 MWh of long-duration energy storage projects in California and earlier in June provided more details about a 200-MW/1,600-MWh development in Broken Hill, New South Wales.

Jon Norman, president of Hydrostor, said that the company's initial focus is on markets in the US, Canada, Australia and South America because of their “significant renewable generation penetrations and the need for replacement electrical capacity on the grid that is well-served by flexibly located long-duration storage like A-CAES.” Hydrostor has an active project pipeline that exceeds 6 GW and 65 GWh of deployment potential.

When expanding into Europe and Asia, Hydrostor will pick markets with similar grid needs, Norman said.

“Hydrostor will be seeking fresh capital to help finance the continued execution of its existing development projects and to build out a pipeline of new development opportunities globally,” Norman said, noting that it is unlikely that the company will go for an initial public offering (IPO) to achieve this objective.

An A-CAES system relies on off-peak or surplus power from the grid, or a renewable energy source, to operate a compressor and produce heated compressed air. Then heat is extracted from the air stream and stored inside a proprietary thermal store to preserve energy for later use. A purpose-built cavern is used to store the compressed air, which can be recombined with the stored heat and expanded through a turbine to generate electricity on demand.

Hydrostor’s individual projects range in size from 200 MW to 500 MW and are typically providing eight to 12 hours of storage. They support the replacement of retiring fossil fuel or nuclear energy plants, provide alternatives to costly transmission build-out, and enable the integration of large amounts of renewables.