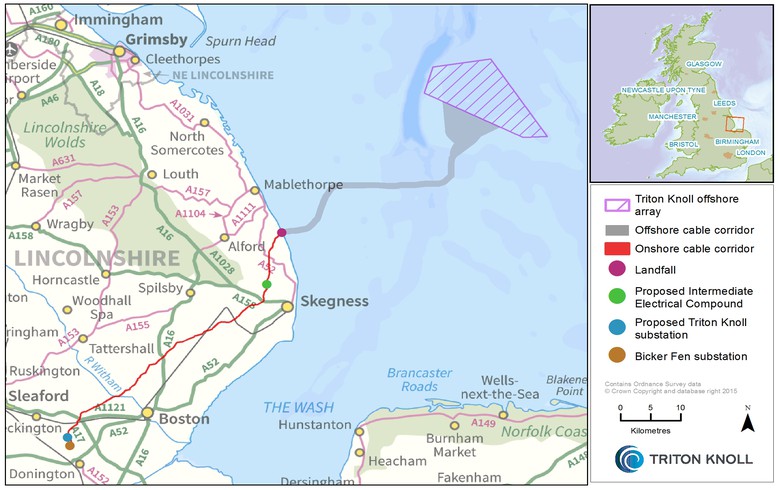 January 10 (Renewables Now) - German developer Innogy SE (ETR:IGY) on Thursday said it is looking to begin offshore construction of its 857-MW Triton Knoll Offshore Wind Farm off the Lincolnshire coast, the UK, as soon as the weather permits, starting with the installation of the monopile foundations.

In 2020, the company plans to install 90 bespoke monopile foundations and transition pieces, two offshore substation platforms and their foundations, and over 600 km (370 miles) of sub-sea export and array cables.

In 2021, the company intends to erect and commission the 9.5-MW turbines, with the wind farm expected to start producing electricity later in the year. Once fully commissioned, the wind park will supply enough power to meet the needs of over 800,000 UK households.

Innogy holds a 59% stake in Triton Knoll, while Electric Power Development Co (TYO:9513), also known as J-Power, holds 25% and Kansai Electric Power Inc (TYO:9503) owns 16%. Innogy acts as construction manager and will be responsible for the operation and maintenance of the wind farm.