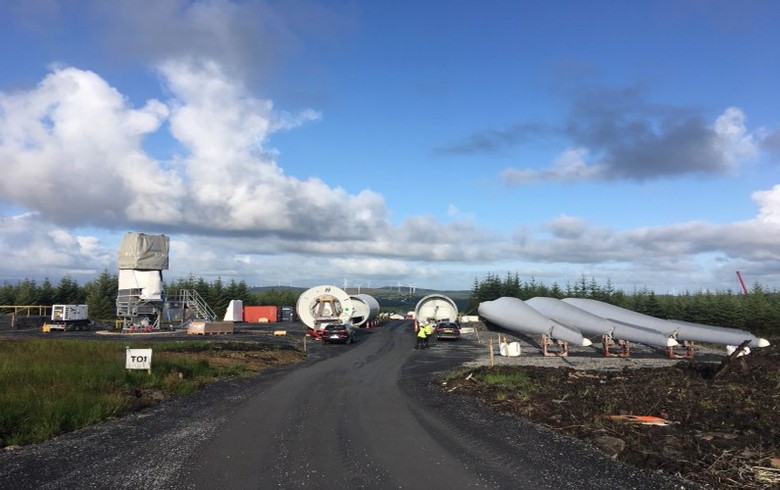 Dromadda Beg, consisting of three wind turbines, started operations at the end of 2018, the German firm said Wednesday, adding that it is planning further investments in Ireland’s wind market.

In 2018, Innogy partnered with Irish wind farm specialist Saorgus Energy Ltd to develop a 600-MW offshore wind project off the coast of Dublin. The duo is currently carrying out technical studies to bring the project to planning consent.

Innogy also provided an update on the state of its current projects on the British Isles. In Scotland, the 26.65-MW Bad a Cheo wind farm, with its 13 turbines already installed, is awaiting commissioning. The farm was awarded a contract for difference (CfD) in February 2015.

Out of the two Welsh onshore wind projects, the 32.8-MW Mynydd y Gwair farm is close to being finalised, while components are currently being delivered to the 96-MW Clocaenog Forest wind farm in North Wales.

The 860-MW Triton Knoll offshore wind project in the UK, in which Innogy has a 59% stake, is in the early construction stage, the German company said.