Hydrogen by Pipe: Embracing the fuel of the future 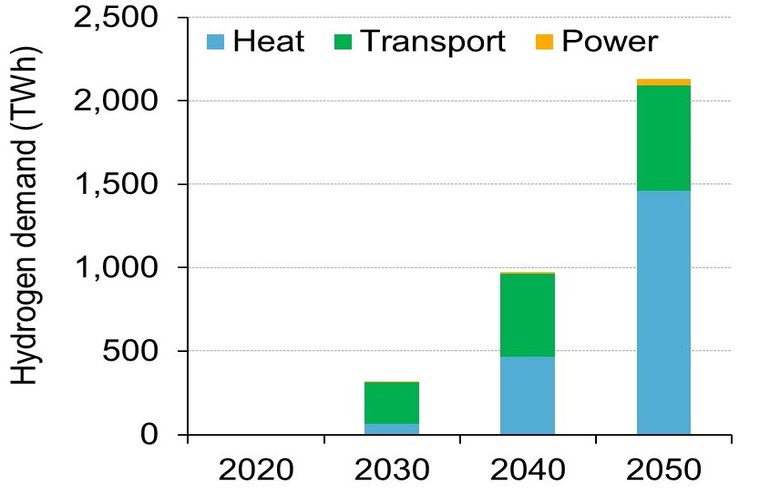 Fig.1 by Pöyry: Potential growth in hydrogen demand by sector to 2050.

July 3 (Renewables Now) - The energy potential of hydrogen has been discussed since the 1870s. In his novel ‘The Mysterious Island’, the visionary author Jules Verne wrote, “water will one day be employed as fuel, that hydrogen and oxygen which constitute it, used singly or together, will furnish an inexhaustible source of heat and light, of an intensity of which coal is not capable.” Now, almost 150 years later we are starting to realise that maybe he was on to something. It is possible that hydrogen offers a route to the decarbonisation of our energy systems and this is becoming increasingly attractive to policy makers and the energy industry for several reasons.

WHAT ARE THE BENEFITS OF HYDROGEN?

Primarily, hydrogen does not emit any carbon when burned and so it could be considered a zero-carbon energy source, depending on how it is produced. There are several methods:

Electrolysis – electricity is used to separate water into hydrogen and oxygen. If the electricity is renewable the hydrogen is considered zero carbon. This is sometimes called ‘Green’ or ‘Renewable Hydrogen’.

Steam Methane Reformation (SMR) – refers to a chemical synthesis that reacts steam at high pressure to produce hydrogen and carbon dioxide from hydrocarbons such as natural gas. This is sometimes referred to as ‘Grey Hydrogen’.

SMR with Carbon Capture Utilisation and Storage (CCUS) – where CCUS is added to the SMR process to capture and prevent the release of the carbon dioxide, the process can be considered as low carbon. This is sometimes referred to as ‘Blue Hydrogen’.

Thermal Methane Pyrolysis (TMP) – this involves natural gas and a low-temperature, high-pressure reaction with no oxygen present to produce hydrogen and solid carbon. This is also ‘Blue Hydrogen’.

Hydrogen can be used as a replacement for natural gas in many situations, including power generation, industrial feedstocks, process heat, and domestic heat and cooking. It can also be used with fuel cells to decarbonise transport. In short, hydrogen can help decarbonise sectors where a total electrification solution could be extremely difficult and expensive to achieve.

The energy industry has grasped the potential of hydrogen and many projects are underway to investigate its production and use. These projects vary in scale from smaller investigations into standalone electrolysers, to blending hydrogen with natural gas in existing networks, hydrogen Combined Cycle Gas Turbines (CCGTs) and the grand ambitions of the H21 project in the North of England. H21 North of England aims to convert 3.7 million UK homes and businesses from natural gas to hydrogen, making it the world’s largest clean energy project. For gas producers and network companies, hydrogen provides a possible answer to the existential threat of an all-electric world. If natural gas can be converted into hydrogen with little or no carbon emissions, then the existing gas networks could be repurposed to deliver hydrogen to provide heat to industry and homes. Hydrogen can also be stored in many of the existing natural gas storage facilities and this could allow a form of seasonal storage that renewables alone cannot provide.

Any discussion of hydrogen as a fuel source raises questions about its safety. Hydrogen is highly flammable and so there are concerns around transporting and storing the gas, especially in a domestic environment. Despite this, hydrogen disperses more quickly so it is unlikely to cause breathing hazards or collect where it can combust. Hydrogen Europe states that the fuel is as safe as other flammable fuels like gasoline and natural gas, but public perception of the fuel could disrupt its roll-out on a mass scale.

For industry, hydrogen offers a route to decarbonisation that otherwise could be extremely costly and difficult. It offers an alternative to electrification – which for some may not even be feasible – and an alternative to the installation of carbon capture at individual plants. Green or blue hydrogen can also decarbonise many industrial feedstocks like ammonia production and demonstration projects are investigating how hydrogen could decarbonise steel production. Converting power to hydrogen allows excess renewable electricity to be used, adding value and creating further revenue for renewables and avoiding curtailment of surplus energy. It also raises the possibility of using hydrogen as a storage medium for electricity. Excess electricity can be used to create hydrogen at times of low demand or price, which can then be stored and converted back into electricity when demand or price increases.

SO, WHAT’S THE ISSUE?

It seems hydrogen could solve all our energy problems! In reality, there are many issues that need to be considered before starting to deploy hydrogen as a fuel source. Firstly, the hydrogen supply chain will need to be significantly expanded to meet the potential demand, including production, transport and storage. Unfortunately, there are significant risks to this expansion as there is no certainty that the demand will follow.

Secondly, there are issues with each of the hydrogen production methods. Grey hydrogen is not low carbon and so has little role to play in a decarbonised energy environment. Blue hydrogen needs CCS, and although this is a proven technology, we are not yet at a stage where it can be deployed economically at scale. Green hydrogen is the most expensive of the production methods and will require very low electricity prices and reductions in the costs of electrolysis to make it a reality. Pyrolysis is not yet proven to be a scalable solution that is competitive with the other production methods. Despite this, if hydrogen is the solution to decarbonising the difficult sectors of residential heat, industrial heat and the heavier end of the transport sector then these issues will need to be overcome. Pöyry’s study ‘Decarbonising Europe’s Energy System by 2050’ compared a zero-carbon gas pathway with an all-electric pathway and examined the potential role for hydrogen for the heat, power and transport sectors. In the zero-carbon gas pathway, hydrogen demand is expected to grow significantly in these three sectors to reach over 2,000 TWh by 2050. Looking at different production costs of hydrogen, the study found that hydrogen production costs from methane reformation were consistently lower than hydrogen produced by electrolysis.

This is because by 2050 a flexible demand side made possible by millions of electric vehicles, and high levels of interconnection, mean that there is generally an absence of many very low electricity price periods, which otherwise would support hydrogen production from electrolysis at lower cost than from methane reformation. Subsequently, methane reformation is the dominant source of hydrogen production. However, production from electrolysis has a higher share in some regions in Europe with very high renewable penetrations and less system flexibility.

WHAT IS THE FUTURE OF HYDROGEN IN THE ENERGY MIX?

The potential of hydrogen is clear, but the route to realising this potential is uncertain. There are numerous barriers that will need to be overcome which include creating a business case, acceptance of CCS, public acceptance of hydrogen at home as well as proving how safe hydrogen is. If these barriers can be overcome, then it could be possible for us to exploit Jules Verne’s ‘inexhaustible supply of heat and light’. 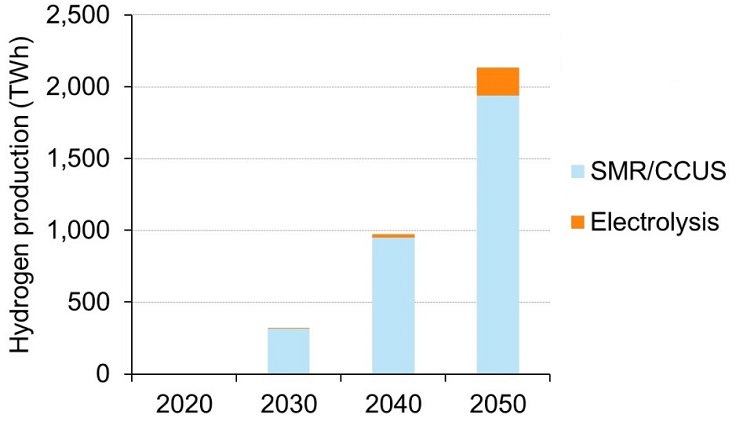 About the author: John Williams has over 25 years’ experience working in the energy industry, specialising in gas transportation arrangements in Great Britain and Ireland. John has worked within Pöyry’s Energy practice since 2001, and prior to joining Pöyry worked across Centrica and Shell, working on global gas markets and gas transportation.

About the author
John Williams

John has over 25 years’ experience working in the energy industry, specialising in gas transportation arrangements in Great Britain and Ireland.