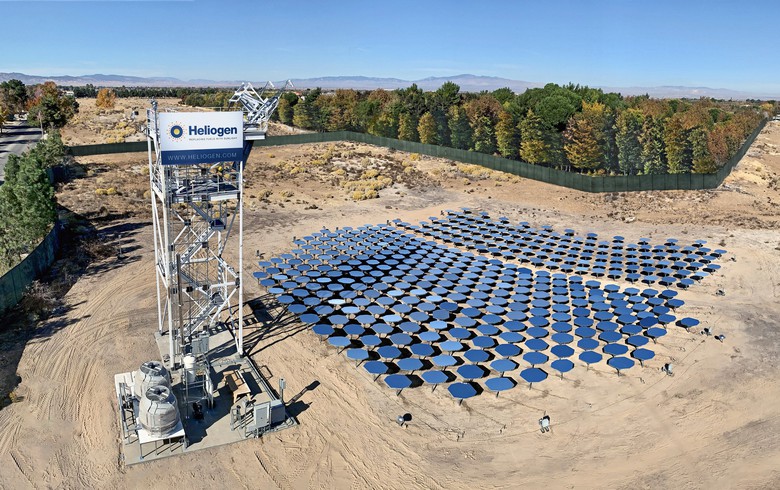 December 21 (Renewables Now) - California-based concentrated solar technology developer Heliogen Inc on Monday said it has completed a USD-39-million (EUR 34.6m) award from the US Department of Energy for which it was selected back in November 2020.

The award will help the company deploy a commercial-scale facility in California that uses its artificial intelligence (AI)-enabled concentrated solar technology. More specifically, the project will couple Heliogen’s AI-powered heliostat field with a supercritical carbon dioxide (sCO2) power cycle. A cost-effective integration of a sCO2 power cycle will be enabled by the Heliogen heliostat field generating higher temperatures than traditional concentrated solar. The aim is to unlock the production of low-cost, near 24/7 carbon-free electricity and drive commercial adoption of the technology.

Heliogen’s technology aims to deliver low-cost renewable energy in the form of heat, which can replace fossil fuels in industrial processes, as well as in the form of power or hydrogen fuel through the addition of a sCO2 turbine or an electrolyser, respectively.

The company is poised to join the New York Stock Exchange following the completion of a merger with Athena Technology Acquisition Corp (NYSE:ATHN), agreed in July.