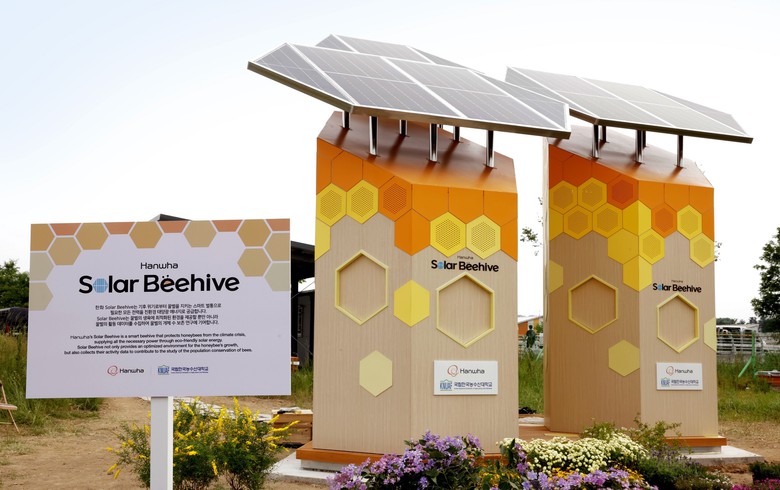 May 19 (Renewables Now) - South Korea’s Hanwha Group today presented a two-part structure that uses solar power to maintain a stable environment for the growth of bee populations as part of a pilot programme at the Korea National University of Agriculture and Fisheries (KNUAF).

Called the Solar Beehive, it consists of a smart internal beehive and an external structure that generates electricity from solar photovoltaic (PV) panels. The produced power is used to automatically monitor and control the temperature, humidity, water and food inside the beehive, which is also able to detect the presence of hornets in order to protect the bees. About 40,000 bees live in this beehive.

Researchers at Lancaster University have determined that the concentration of bees within a one-kilometer radius of a solar power plant was up to four times higher than that of other agricultural lands. They attribute this to the various plant species often found growing around solar farms.

Honey bees are proven to be a critical component of the global ecosystem, but the population and diversity of their colonies have been collapsing in many parts of the globe because of climate change.

“The Solar Beehive will effectively increase the bee population and preserve the species, as it can monitor the growth of the bees in real time and detect diseases and pests immediately,” explained professor Hye-Kyung Kim of the Department of Industrial Entomology at the KNUAF.