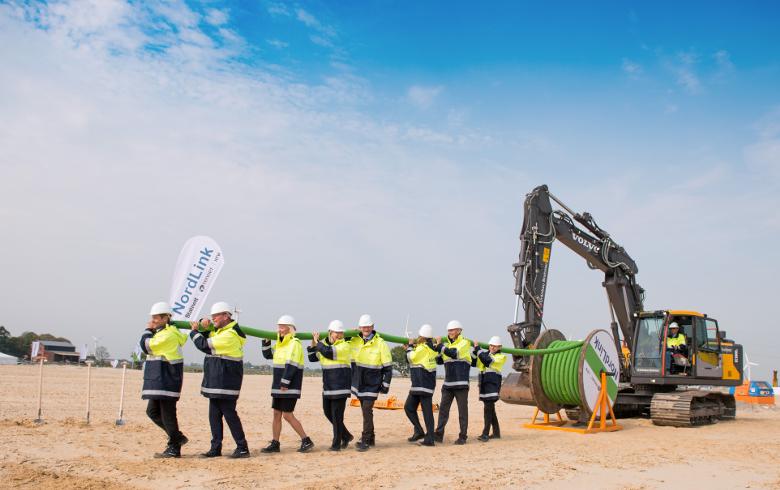 "NordLink connects two perfectly complementary systems for the exchange of renewable energy: German wind and solar power, on the one side, and Norwegian hydropower, on the other," Lex Hartman, member of the TenneT executive board, said in a statement.

The 623-km (387-mile) NordLink will be built by Norwegian transmission system operator (TSO) Statnett and DC Nordseekabel GmbH & Co KG. The latter is equally owned by Netherlands-based TSO TenneT and German development bank KfW and is responsible for the German part of the project. On Friday, the partners broke ground on the German converter station for the link.

NordLink has been awarded Project of Common Interest status by the EU as it is important for the integration of European energy markets. It is expected to be in operation in 2020.