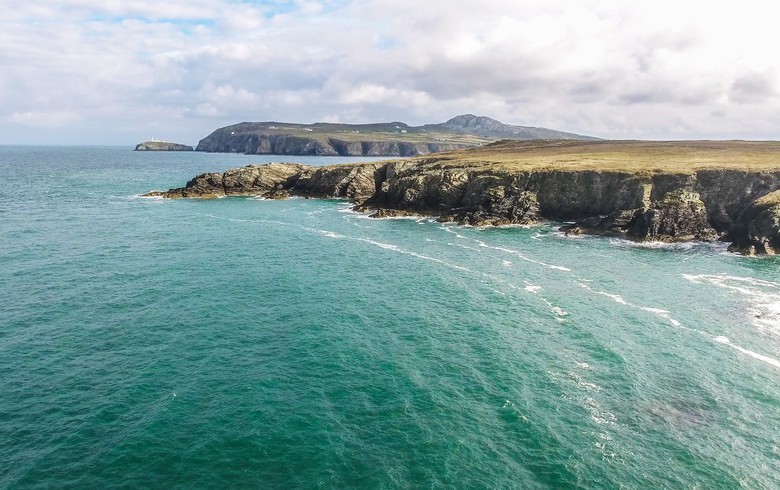 Side view of the South Stack island off Anglesey in Wales. Source: Menter Mon.

April 15 (Renewables Now) - Two French turbine developers and one Spanish peer have signed-up to the Morlais tidal stream energy project in North Wales, where the Crown Estate has designated a zone with the potential to reach 240 MW over time.

The social enterprise that runs the project, namely Menter Mon, has reached a deal for each of Sabella SAS, HydroQuest SAS and Magallanes Renovables SL to deploy their devices on a commercial scale at the particular zone, located off the coast of Anglesey.

In the first phase of the project, Menter Mon will seek to obtain consent for the development of the zone. Then it will proceed with building the necessary infrastructure as part of the second phase.

Brittany-based Sabella is the company behind France’s first grid-connected tidal turbine -- the D10-1000 device. The developer currently targets marine applications for remote grids, according to the statement.

The other French partner, HydroQuest, is working on turbine technology for rivers and the sea, having gathered hydro expertise since 2001. The firm now intends to install its 1-MW OceanQuest device in the Morlais zone.

Last but not least, Magallanes aims for larger scale deployment of its technology at Morlais after successfully testing its first commercial scale tidal platform at the European Marine Energy Centre (EMEC) in the Orkney Islands, Scotland.

“These agreements with three new developers over recent weeks shows that there is incredible confidence in our project and we are delighted to be working with Sabella, HydroQuest and Magallanes. They are well-respected developers and will bring with them significant expertise when we move to the second phase of Morlais subject to securing relevant consent," commented Gerallt Llewelyn Jones, a director with Morlais.