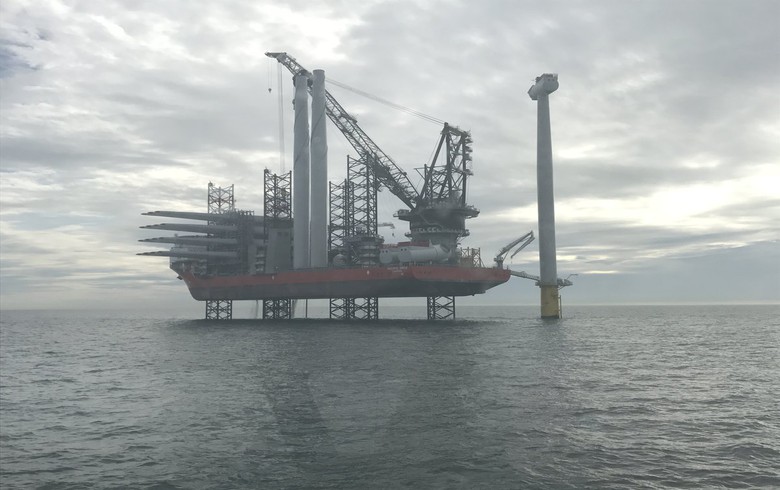 Sep 5 (Renewables Now) - Offshore wind farm installer Fred. Olsen Windcarrier AS has won a contract to transport and install the turbines for the 336-MW Galloper offshore wind farm off the Suffolk coast in the UK.

The deal was awarded by the turbine supplier Siemens Gamesa Renewable Energy SA (BME:SGRE). The Norwegian group part of Fred. Olsen Ocean Ltd said on Monday that the jack-up vessel Bold Tern will be mobilised early this month to carry SWT 6.0-154 turbines from the Port of Esbjerg, Denmark, to the British Port of Hull.

The vessel will be on contract for at least 30 days with options, Fred. Olsen Windcarrier said, without providing financial details on the contract.

The Galloper complex will consist of 56 turbines, the first of which was erected in May. It is expected to become fully operational by next spring. When up and running, the offshore wind park will generate enough power to supply up to 336,000 homes, the developers calculate.