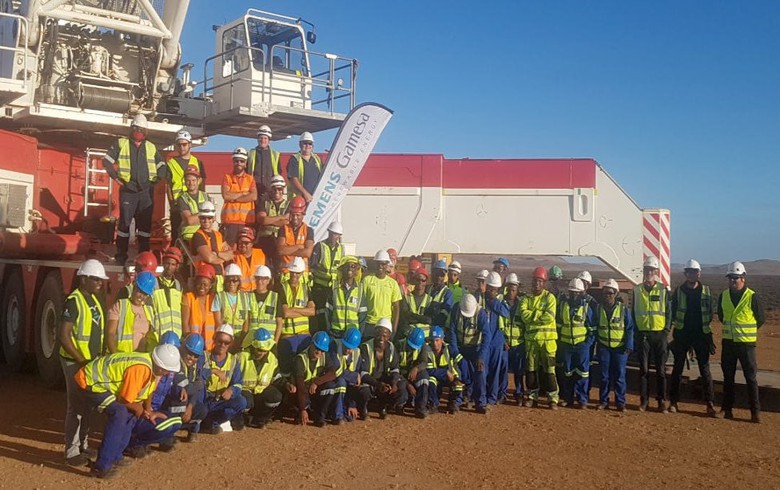 The construction site is now populated with Siemens SWT-2.3-108 turbines, each capable of generating 2.3 MW, the wind farm builder said.

The Kangnas project is located in the Northern Cape province and promoted by Mainstream Renewable Power. The Ireland-based renewables company has developed it for Lekela Power, its Africa-focused joint venture with private equity firm Actis.

Mainstream said in a separate statement that commissioning and testing on the wind turbines will start once the two power transformers are installed and energised.

Once online, the Kangnas wind farm will generate 563,500 MWh of electricity per year.