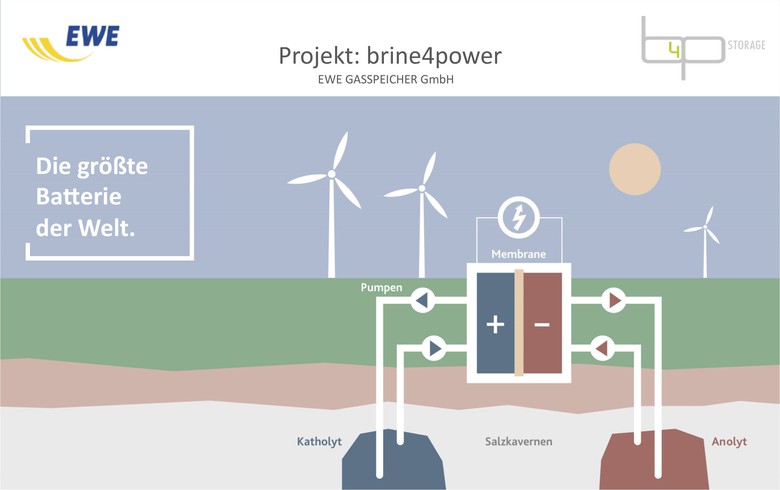 The company will apply the redox flow battery principle to underground salt caverns that are currently used to store natural gas. It is partnering on the project with the Friedrich Schiller University in Jena, which has developed a redox flow battery that uses recyclable polymers (plastics) dissolved in salt water as an electrolyte.

The project has been dubbed brine for power (b4p) as salt water in caverns is also known as brine.

"We need to carry out some more tests and clarify several issues before we can use the storage principle indicated by the University of Jena in underground caverns," Ralf Riekenberg, head of the project, said and voiced expectations that the company will have an operating cavern battery by about the end of 2023.

According to Riekenberg such a storage facility consisting of two medium-sized caverns can supply a city such as Berlin with electricity for an hour.