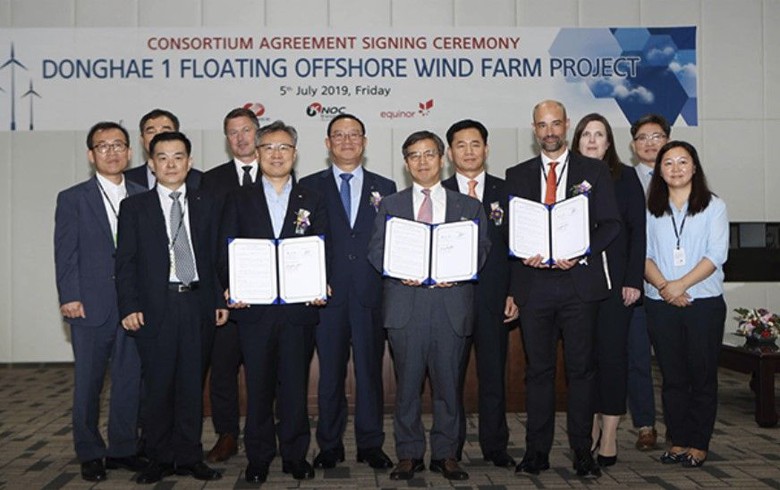 The pact comes after in February, energy major Equinor and state-owned KNOC entered a memorandum of understanding (MoU) to jointly explore opportunities for the development of commercial floating wind projects in South Korea. The Donghae 1 project in the southeastern part of the country will be the first one implemented under the partnership.

The consortium agreement for the scheme was signed last week, Korea East-West announced.

The 200-MW floating wind farm will be located 58 km (36 miles) off the coast of Ulsan City, in proximity to KNOC’s Donghae gas field platform. The partners will carry out a feasibility study, with the idea of launching construction activities in 2022. The start of power generation is planned for 2024.

South Korea is aiming at a 20% renewable power share by 2030, which would require 49 GW of new generation capacity, Equinor said previously.