Enviro groups call on UK to end subsidies for biomass 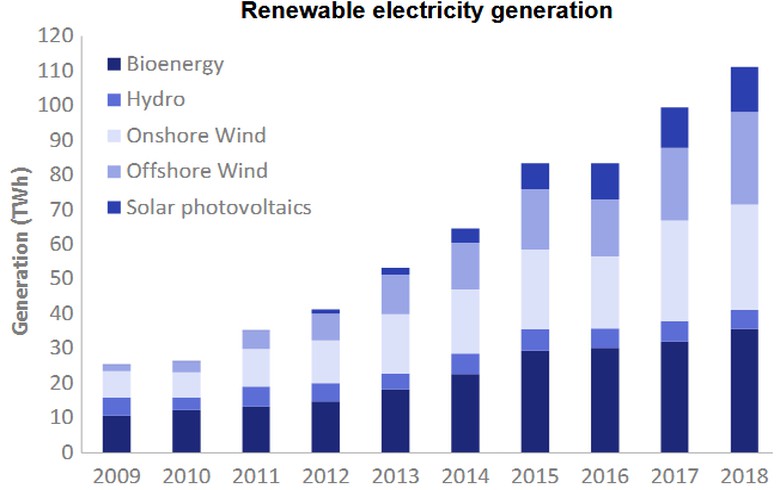 The Committee on Climate Change (CCC) released on Thursday a report in which it claims that a net-zero GHG target by 2050 for the UK can be achieved with known technologies and at an acceptable cost.

The Natural Resources Defense Council (NRDC), Biofuelwatch, the Dogwood Alliance, and the Southern Environmental Law Center are warning that betting on biomass with carbon capture and storage (BECCS) to achieve climate targets is a “misguided” decision. “If BECCS was to ever work, it would suck up billions of subsidies urgently needed for true climate solutions, and lead to yet more trees being burned for less energy,” said Almuth Ernsting from Biofuelwatch.

Biomass power generation has been growing in the UK mainly due to conversions from coal to biomass at major generators like the Drax and Lynemouth power stations. In 2018, bioenergy generation reached a record 35.6 TWh, up by 12% year-on-year and more than any other renewable energy source, according to official government statistics.

The four organisations believe that instead of supporting biomass electricity, the UK should be putting more funds into genuinely zero-emission renewables like wind, wave, and solar power, energy efficiency and conservation, and smart resources like energy storage.