French utility Engie SA (EPA:ENGI), intends to invest about EUR 4 billion (USD 4.55 bn ) annually in growth capital expenditures and acquisitions over the 2019-2021 period with a strong focus on renewable energy development, the company said today at the presentation of its financial results for 2018.

Engie posted a net profit of EUR 1 billion in 2018, down from EUR 1.3 billion on 2017, mostly penalised by impairments on unplanned outages at Belgian nuclear plants which resulted in 52% availability rate and incurred considerable loss of revenue there.

Earnings before interest, taxes, depreciation, and amortization (EBITDA) was EUR 9.2 billion, up 0.4% on a reported basis and up 4.7% on an organic basis versus 2017.

Net recurring income from continued activities amounted to EUR 2.46 billion in 2018, an increase of 10.1% compared with the previous year. 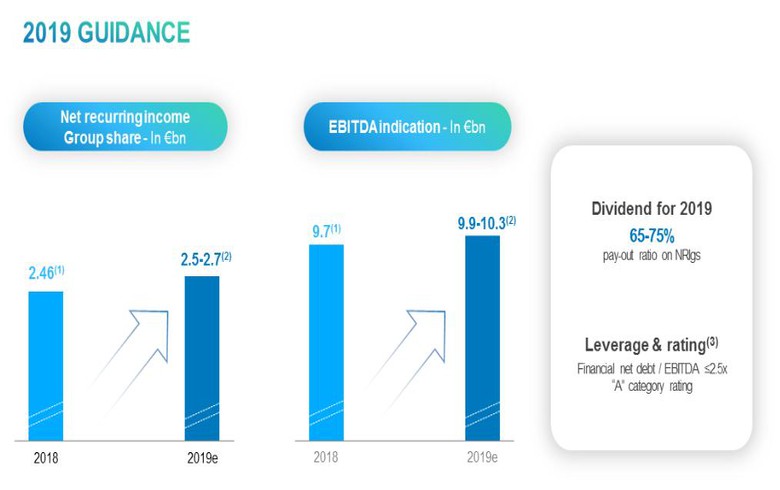 Supporting Engie's strategic ambition to lead the industry in enabling a cost-efficient zero carbon transition "as a service", its EUR 11-12 billion investment programme for the next three years will focus on three business lines - client solutions, renewables and networks management.

Growth in renewable energy will be fueled by EUR 2.3 to 2.8 billion, which is expected to help bring over 9 GW in capacity online between 2019 and 2021.

The French utility will target at least 50% of new renewable projects by 2021 to be dedicated to specific customers. It will also strive to be a leading corporate PPA supplier, and to be the world leader in commoditised renewables and 24/7 green PPAs.

Over the long term, the French energy giant plans to play a leading role in next generation renewable platforms including offshore wind and converting gas infrastructure to green gas.

Outside renewables, Engie will continue to optimise operations in the generation business to reduce CO2 footprint. It plans to further narrow its thermal capacity, reducing coal generation and selectively honing gas-fired capacity to customer requirements, including combined technologies such as desalination and co-generation.

Between EUR 3 billion and EUR 3.3 billion of additional capital will be invested in Engie's networks business line. 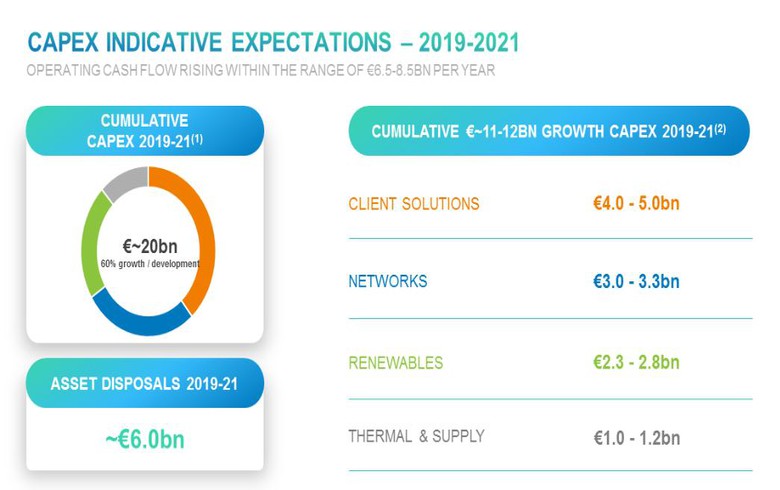 In a move to enhance focus and economic returns, Engie will exit approximately 20 countries over the next three years and concentrate investments in twenty countries in Western Europe, North America, Australia and Singapore, the Gulf region, Romania, Mexico, Brazil, Chile, Peru and Columbia as well as thirty major developing market urban areas in Africa, China, India and Southeast Asia.