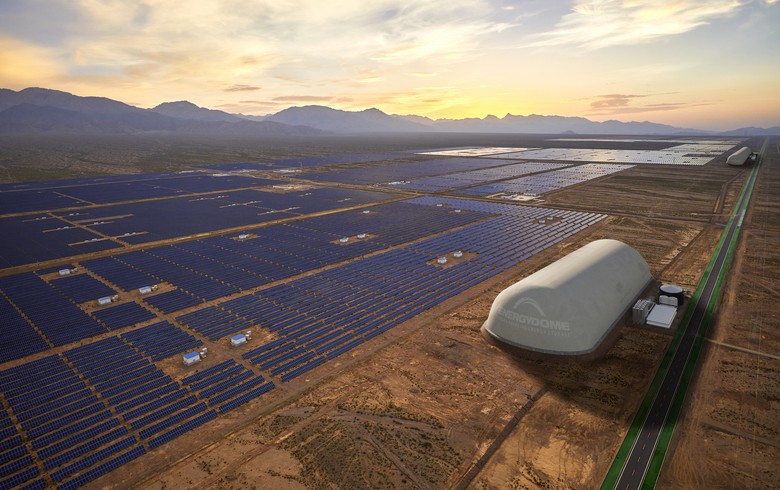 November 30 (Renewables Now) - Energy Dome SpA announced on Tuesday that it has closed a funding round securing USD 11 million (EUR 9.7m) to finalise the construction of a demonstration 2.5-MW/4-MWh carbon dioxide (CO2) battery storage project in Sardinia and to speed up business growth.

In addition to the fundraising, Energy Dome has also signed a memorandum of understanding (MoU) with strategic investor A2A SpA (BIT:A2A) to build an inaugural 100-MWh, grid-connected commercial CO2 battery facility which will boost the use of renewables in the energy mix and enhance energy storage for the grid.

Founded in 2019, the Milan-based start-up has developed technology that stores CO2 in an inflatable dome and uses it as a working fluid in a closed-loop cycle that transforms it from gas to liquid and back to gas. This can help store energy during surplus solar generation in the daytime, then release it in the evening or next-morning peak demand periods. This scalable, low-cost and long-duration energy storage solution is set to permit solar and wind power to be dispatchable 24 hours a day.

Energy Dome's CO2 battery maintains a steady performance during its expected 25-year operational life, unlike lithium-ion batteries, and can thus help nearly half the cost of energy storage, the company said.

The energy storage facility in Sardinia is expected to be tested and validated in the first quarter of 2022.