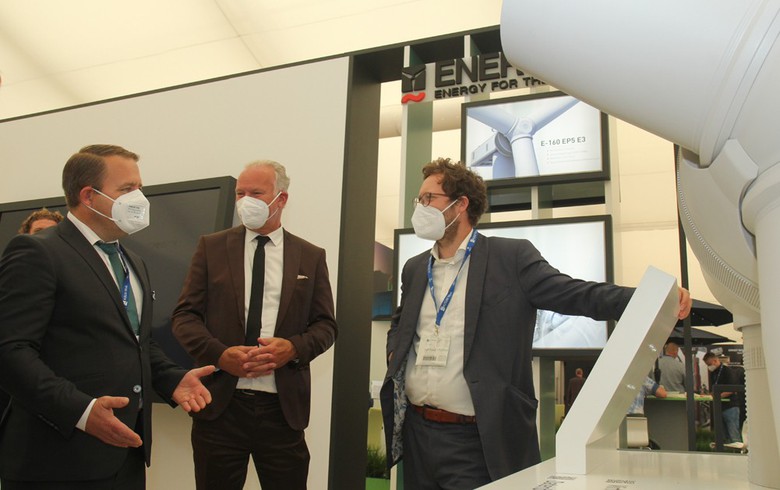 September 15 (Renewables Now) - Momme Janssen, the chief executive of German wind turbine maker Enercon GmbH, is pushing for simplified framework conditions for repowering projects in Germany in order to avoid the dismantling of many wind power sites across the country.

In the interest of the energy transition, attention should be paid also to the period beyond the approval pipeline as many sites are currently at risk of dismantling because they are not suitable for repowering under the current legislation, Janssen told Jan Philipp Albrecht, the Minister for Energy of the state of Schleswig-Holstein at the opening of the Husum Wind 2021 trade fair.

There is an urgent need to create regulations for these wind capacities so that they continue to generate green electricity, according to Janssen.

During their talk, Albrecht and Janssen agreed that Germany needs to further expand onshore wind capacities in order to be able to meet its climate protection goals, while the chief executive also urged politicians in Berlin to remove obstacles to the approval of new onshore wind projects.

The lack of reliable framework conditions for new projects would result in a gap in the generation of green electricity, while demand, for example for hydrogen, is increasing, according to Janssen.

The Husum Wind trade fair opened in the city of Husum on the North Sea coast on September 14 and gathered 390 exhibitors from Germany and other core markets, who will be presenting the latest technology and innovative onshore and offshore solutions for wind energy until September 17.