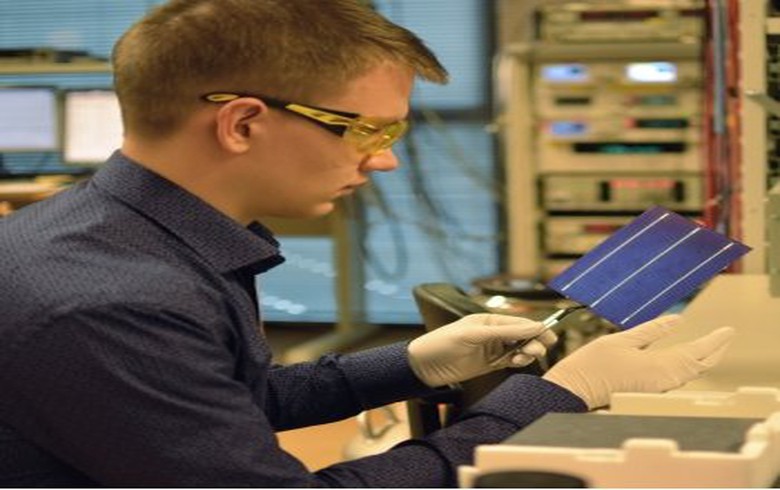 September 6 (Renewables Now) - Researchers have found that production costs of solar cells can be reduced by more than 10% by moving to dry-etched black silicon (black-Si) passive emitter rear cells (PERC).

The study was conducted by engineers at Michigan Technological University and Finland's Aalto University, and published Energies.

A news release this week by Michigan Tech explains that common etching to reduce reflected light gives most solar panels their blue color. Dry etching, however, which etches a silicon surface into a forest of nanoscale needles, makes black silicon (black-Si) more efficient at capturing light than standard etching. While the resulting surface defects impact electrical performance, this is mitigated by treating the silicon with an appropriate atomic layer deposition (ALD) coating.

It would have been expected that black-Si cells from dry etching and ALD are too costly for practical use. The research, however, showed that while the production costs of individual black-Si passive emitter rear cells (PERC) were 15.8% to 25.1% higher than those of conventional cells, the cost per unit power dropped by 10.8%. This is because the efficiency gains and the ability to use the less-expensive multicrystalline silicon as starting material far outweighed the additional costs.