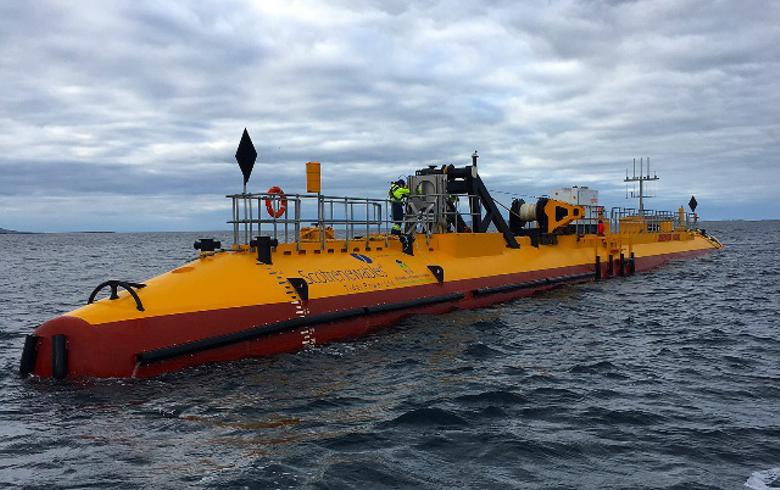 Halagonia Tidal Energy manages two berths in the Bay of Fundy and plans to develop them together as a single project at the FORCE (Fundy Ocean Research Center for Energy) facility. The so-called Uisce Tapa scheme will include the installation of five Andritz Hydro Mk1 1.5-MW sea-bed mounted tidal turbines and a single SR2-2000 floating turbine by Scotrenewables Tidal Power Limited. With a total capacity of 9 MW it would be the largest tidal stream array in the world, the developer said in a statement.

Separately, the Canadian government noted that this project will create 120 jobs and will demonstrate the capability to extract energy in shallow and deep water using both floating and submerged turbines. The specific tidal energy array is expected to generate enough power to supply over 2,500 homes.