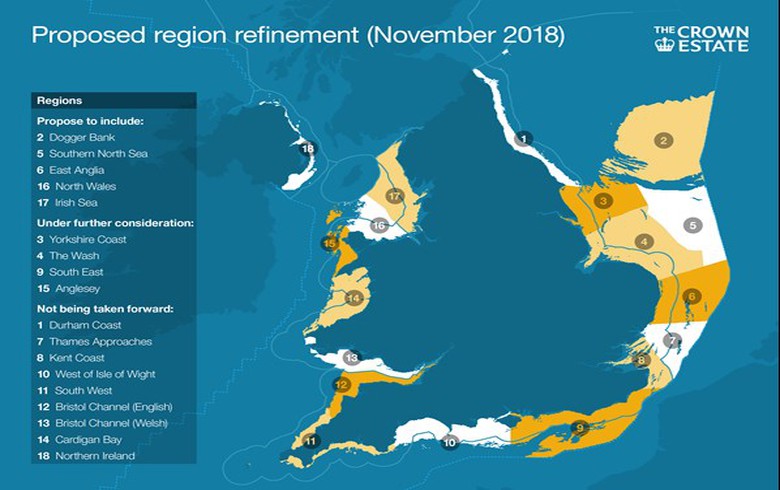 April 30 (Renewables Now) - The Crown Estate needs more time to update the plan for the next offshore wind leasing round in the UK, known as Round 4, which will take into into account feedback from the industry.

The upcoming leasing process will not start until the end of the summer, the seabed landlord, which manages the seabed of England, Wales and Northern Ireland, said on Monday. As previously announced, the offered capacity in the tender woulb be 7 GW.

Summarising the feedback it has received from developers since its November 2018 engagement events, the Crown Estate has made refinements and clarifications on its draft proposals for Round 4. These include the introduction of a new tender requirement to ensure that projects are awarded across no less than three seabed regions, an extension to the leasing term to 60 years from 50 years, and a change that will give bidders the right to bid for up to five variations of site boundaries, anchored at each of five locations, totalling a maximum of 25 possible site options.

The agency also said it is exploring alternative options for the commercial assessment phase at ITT (Invitation to Tender) in order to introduce greater transparency for bidders and help inform their decisions on project location and option fee bid price.

A further market update will be made before the summer break.