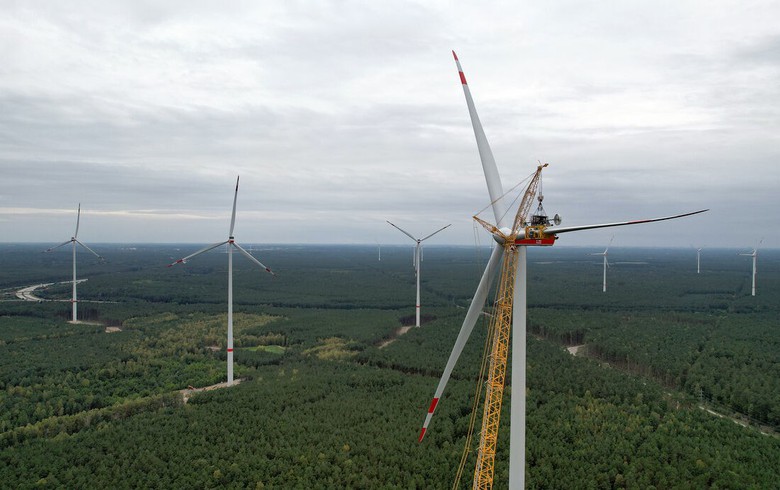 November 11 (Renewables Now) - Germany's Federal Constitutional Court has decided that a law in the state of Thuringia banning the installation of wind turbines in all forest areas is incompatible with the constitution in a landmark ruling that could support the expansion of wind energy in the country.

Thuringia's Forest Act (ThuerWaldG) prohibits the construction of wind turbines in forests without exceptions and thus prevents the use of these areas for wind power generation. The Karlsruhe-based court ruled that the state law is void as it is incompatible with the constitution and the state of Thuringia lacks legislative competence in this case.

Germany's wind energy association BWE welcomed the decision. Its president Hermann Albers said that the decision by the judges in Karlsruhe is an important signal for the provision of areas urgently needed for wind energy as the court found that Thuringia and the other federal states lack the legislative competence to ban the construction of wind turbines in forest areas without exception.

According to BWE, areas that have been severely damaged by drought, disease or pest infestation can be used for the construction of wind turbines and then reforested with the proceeds from power generation. In this way, wind energy could help to increase biodiversity in these areas, BWE says.

Germany has a total of 11.4 million hectares (28.17 million acres) of forest areas and less than 0.01% of this land is currently designated for wind energy.

Earlier this year, the German government passed legislative changes that oblige the 16 federal states to make between 1.8% and 2.2% of their area available for wind turbines by the end of 2032.

So far, only 0.8% of Germany's territory has been designated for wind energy, of which only 0.5% is actually used for this purpose.