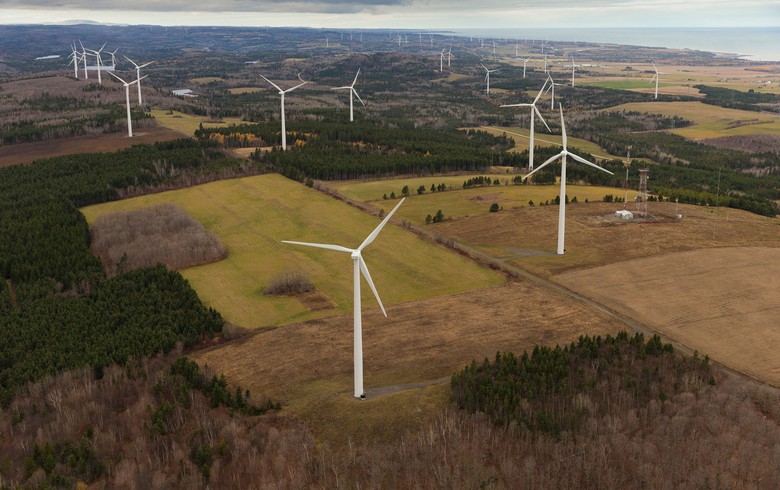 February 4 (Renewables Now) - Annual wind power capacity additions in Canada totalled 566 MW in 2018 and are expected to be around 1,000 MW this year, according to the Canadian Wind Energy Association (CanWEA).

The newly commissioned plants have brought the country’s cumulative installed wind turbine capacity to 12,816 MW, the bulk of which in Ontario, with wind covering about 6.6% of the overall electricity demand at end-2018. The annual deployments are seen to reach 1,000 MW in 2019 following the success of renewable energy tenders in Alberta last December, which awarded 763 MW of capacity, as well as projects currently under construction in Ontario, CanWEA said on Thursday.

Six wind farms were brought online in 2018, with Quebec accommodating about two-thirds of the 566 MW. Those projects represent an investment of CAD 1 billion (USD 763m/EUR 667m). The biggest of the six is the 224.3-MW Vestas-powered Nicolas-Riou wind farm in Quebec, owned by EDF EN Canada.

Commenting on wind power prices, CanWEA said that the downward trend continues after recent tenders in Saskatchewan and Alberta, where the average bid was CAD 42/MWh and CAD 39/MWh, respectively. The trend was also confirmed by Lazard's latest Levelized Cost of Energy Analysis (LCOE 12.0), according to which prices fell by 7% in annual terms and by 69% since 2009.