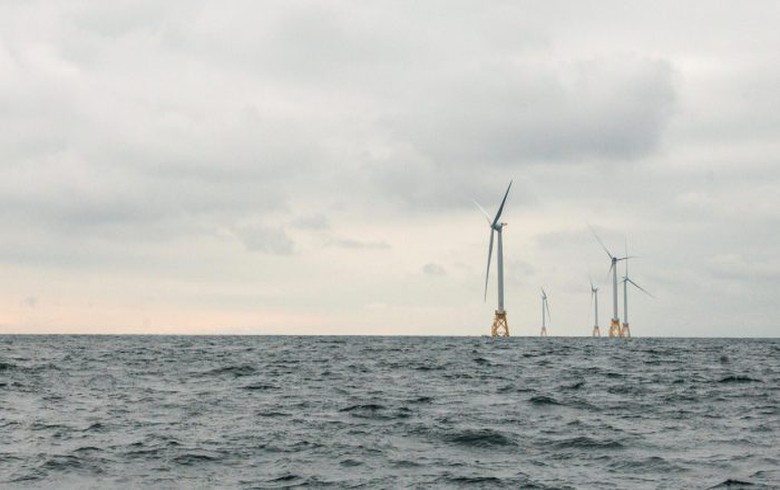 The five-turbine facility operated at full capacity during much of the storm on Tuesday, the company’s performance data have shown. There was a period of several hours when wind speeds were above 55 miles (88.5 km) an hour, the limit that triggers an automatic shutdown. During that time, the wind farm weathered winds that reached about 70 miles an hour, the developer noted. It resumed normal operations once wind speeds fell below 55 miles per hour.

"In the offshore wind industry, we love strong storms. They give us a chance to really put the wind farm through its paces and operate at full-throttle," said Deepwater Wind chief executive Jeffrey Grybowski.