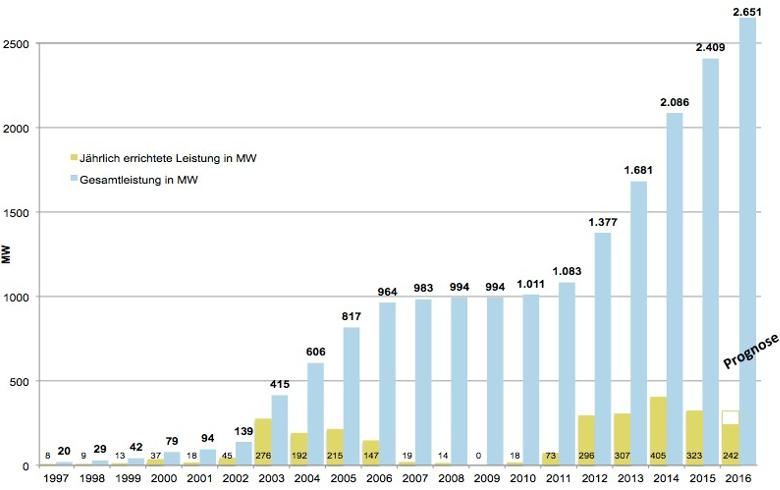 January 13 (SeeNews) - Austria’s wind organisation IG Windkraft expects the country to deploy just 79 wind turbines with a combined capacity of 242 MW in 2016, as there is no perspective for some shovel-ready projects to get the needed support and proceed.

The total investment that was made in Austria’s wind industry over the past four years amounts to EUR 2.2 billion (USD 2.38bn). Deployment, however is declining and Austria is in urgent need of a new Green Electricity Act so that it can maintain wind developments at existing levels, said Stefan Moidl, managing director of IG Windkraft.

According to the association, some 670 MW of wind projects are currently waiting in a queue, and they could simply be cancelled if not approved for support funds within three years, as stipulated by the renewable energy law of 2012. The amount of available support funds for such projects are not enough either, covering just half of the originally expected wind capacity.

Together, Austria’s wind farms are able to meet 8.7% of the domestic power consumption, IG Windkraft said.