November 25 (Renewables Now) - Anbaric has filed an application with the Bureau of Ocean Energy Management (BOEM) to develop an open-access offshore transmission system that will connect up to 16 GW of offshore wind to southern New England states.

The US company, which is a partnership between the Anbaric partners and the Ontario Teachers’ Pension Plan, has filed for non-exclusive rights-of-way to develop the so-called Southern New England OceanGrid project. Anbaric has requested that the federal agency posts the application in the federal register for public comment no later than January 1, 2020. This will be followed by a 30-day public comment period.

The planned transmission network would be established on the outer continental shelf in order to link the existing wind lease areas via a common system. It will be developed in phases over a 20-year period and will benefit the states of Massachusetts, Rhode Island and Connecticut. The project includes transmission line routes that connect BOEM lease areas directly into Boston, Rhode Island’s Narragansett Bay, Massachusetts’ South Coast and Connecticut.

The application outlines the minimum number of offshore collector platforms (OCPs) and associated transmission corridors that will enable securing the maximum amount of electricity from BOEM lease areas off the southern coast of New England, Anbaric said.

BOEM is also reviewing an application by Anbaric for a New York/New Jersey OceanGrid. 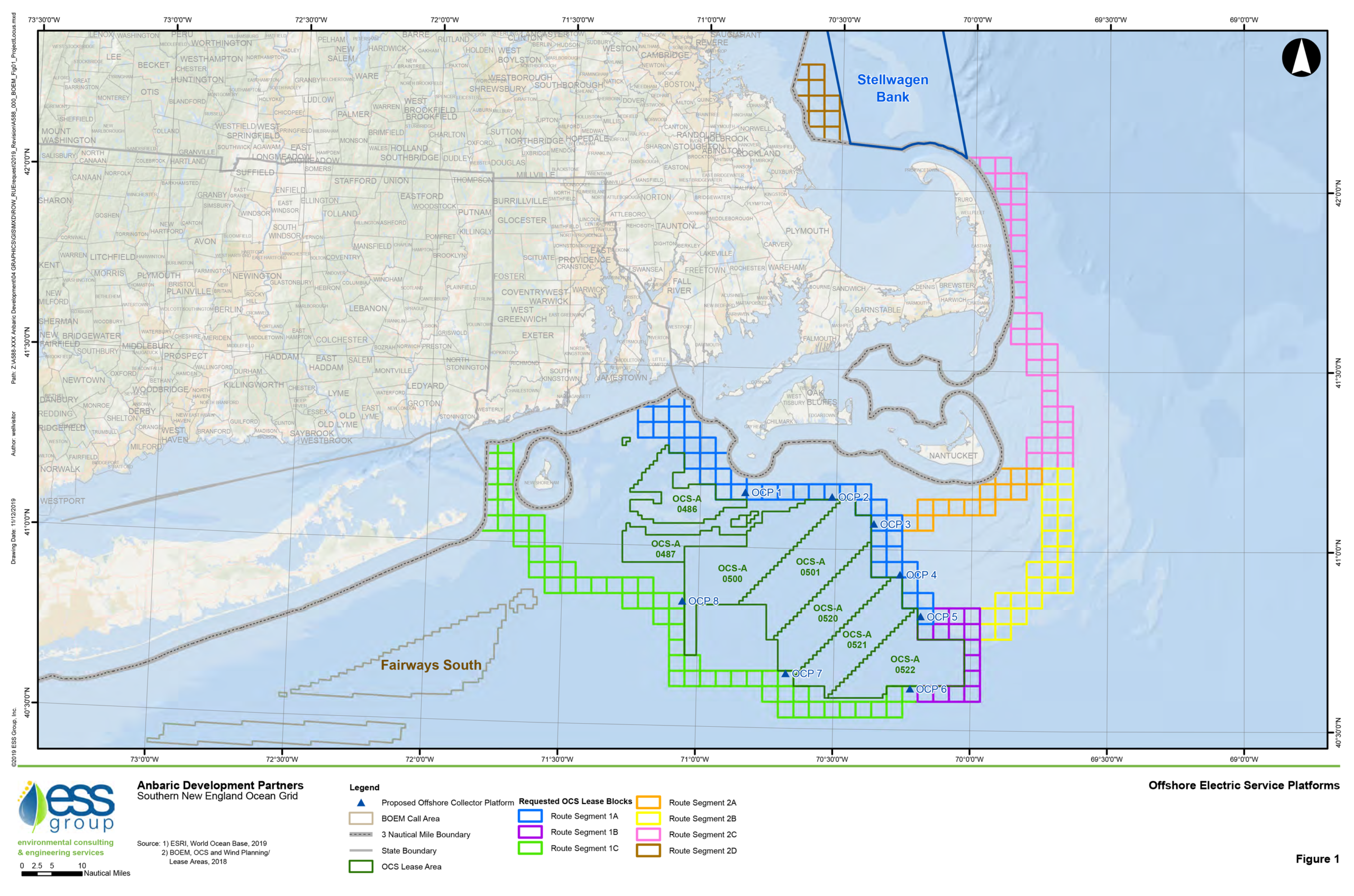