ANALYSIS - The solar roof emerges: What to expect in 2017 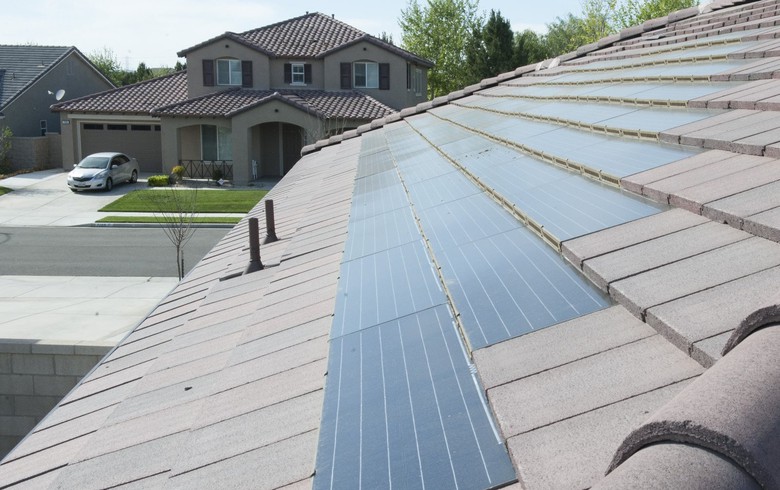 January 4 (SeeNews) - Over the second half of 2016, the solar roof market has distinguished itself as a dynamic and rapidly growing space in the energy industry.

The market wasn’t always this way; in fact, some solar industry professionals can hardly believe the attention we’re getting.

Twelve months ago, roof-integrated solar was seen as nothing more than a niche market appealing to those willing to pay the markup for a more expensive, and often less efficient residential solar system. All in all, there was little general interest in the solar shingle market.

But with Elon Musk’s solar roof announcement in August, the spotlights of the energy industry swung over to roof-integrated solar products.

The real problem solar roof companies faced was education. Doubts about the market abounded after Dow Chemical (NYSE:DOW) discontinued its POWERHOUSE Solar Shingle product in July, adding the company to an ever-growing list of roof-integrated solar manufacturers that could not find a path to commercial success.

The few remaining solar roof companies were suddenly faced with misconceived questions about the feasibility of roof-integrated solar. Dow’s failure was seen as a reflection of the viability of the solar shingle market as a whole, when in fact it had more to do with their faulty technology strategy.

The distinction lies in the thin-film technology that formed the basis of Dow’s solar shingles. Thin film is less efficient and requires huge manufacturing scale to approach the cost structure of standard crystalline solar technology. Although Dow did have some success in selling their solar shingle, the volume was much too small to support the necessary manufacturing investments and cost. So while Dow’s exit certainly presents questions for the viability of thin-film as a technology strategy, it does not necessarily reflect poorly on the market demand for solar shingles.

Following right on the heels of Dow’s departure, Musk’s announcement in August that Tesla/SolarCity (NASDAQ:TSLA) was developing its own solar roof product focused new attention on solar shingles and tiles. The fact that Musk and the combined Tesla/SolarCity juggernaut was looking at this market gave solar roof products major legitimacy. With that announcement and Tesla’s October unveil, market awareness and customer demand for roof-integrated solar has skyrocketed.

How the “Musk Effect” will impact the roof-integrated solar market

If Elon Musk’s previous pursuits are any indication, the “Musk Effect” is potent and tangible. Electric vehicles were ridiculed until Tesla began building its sleek and luxurious models, and now the cars are a 21st-century status symbol. No one thought having a battery bank in your garage was sexy until Tesla unveiled its Powerwall, and now the household battery has a burgeoning space in the market.

Going forward, having a major cleantech player like Tesla and a celebrity CEO like Elon Musk advocating roof-integrated solar will continue to attract the attention of the mass media and consumers. Tesla’s presence in the market will not only create a general awareness of solar shingles and tiles, but will also give them the aspirational attributes of a product paving the way to the future.

This bodes well for the growth of the roof-integrated solar market segment in 2017. Although Tesla is not expected to launch its product until the end of the summer, the attention will create opportunity for current products in the market such as the CertainTeed Apollo product, LUMA Resources, and our own SunTegra products. In 2016, SunTegra already saw about 300% revenue growth in Q4 over Q3. Strong growth will likely hold steady through 2018 and beyond as market awareness expands, prices decline and customers demand aesthetically-superior solar roof products over the conventional rack-mounted solar modules.

Looking at the Tesla prototype itself, Musk’s unveil painted a compelling vision of what a solar roof can be, but did not include much discussion of functionality, ease of installation, cost, or how the product would be marketed to Tesla/SolarCity customers. But based on its prototype design, Musk’s solar roof will likely run into cost and technical challenges. The sheer number of small glass shingles in the Tesla roof will be labor-intensive to produce and interconnect. With such a large number of individual tile pieces, the many connections pose reliability and safety concerns. Also, since the glass solar tiles cannot be trimmed like most roofing materials, creating the “whole roof” look he presented will require a lot of extra pieces and be a logistical headache—that is, if fire codes don not get in the way first.

As far as product positioning, Musk’s solar roof will likely start as a higher-end product for the homes of current and future Tesla car drivers. This customer base is quite different from the more cost-conscious middle- or working-class consumer market where SolarCity has its strength and lease sales are the norm. How Tesla cars, batteries, solar panels and solar roofing will all fit into the same family—only time will tell.

Solar roof systems made from standard mono/polycrystalline technology once produced at scale will be increasingly competitive with traditional roof-mounted solar panels when installed as a new roof. For the five million new residential rooftops installed in the United States every year, roof-integrated solar is a no-brainer.

Once a homeowner is already paying for new roofing material, labor and transportation, the difference in cost between regular roofing shingles plus solar vs. solar shingles alone becomes negligible. The higher cost of solar shingles is outweighed by the savings from not needing racking, footings or traditional roofing materials, all of which are needed by conventional solar. These savings enable solar roofing products to offer homeowners a similar or better return on investment.

Homeowners prefer a low-profile, more integrated solar look and feel, so if the cost is similar, who wouldn’t prefer a solar roof? I have to agree with Elon Musk: the future for roof integrated solar is bright. It’s going to be an exciting next couple of years.

About the author:
Oliver Koehler has worked in the solar industry for over 15 years.  His experience includes working with leading PV manufacturers such as SunPower and BP Solar and with start-ups such as BIPV Inc and Integrated Solar Technology – now SunTegra, where he is currently CEO and founder.