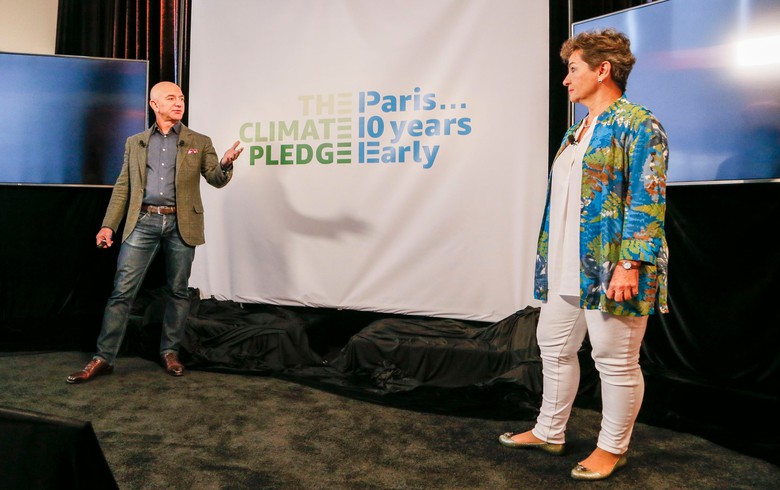 September 20 (Renewables Now) - US e-commerce giant Amazon.com Inc (NASDAQ:AMZN) has announced it will step up its climate action efforts, pledging to reach 100% renewable power by 2030 and setting a net zero carbon target across its operations by 2040.

On Thursday, Amazon became the first business to put a signature on The Climate Pledge, an initiative it launched with non-governmental organisation (NGO) Global Optimism. The pledge invites companies to commit to net zero annual carbon emissions by 2040.

“We’re done being in the middle of the herd on this issue - we’ve decided to use our size and scale to make a difference. If a company with as much physical infrastructure as Amazon, which delivers more than 10 billion items a year, can meet the Paris Agreement 10 years early, then any company can”, Amazon CEO Jeff Bezos said.

Signatories of The Climate Pledge can spur investments in the development of low carbon products and services, which in turn will allow them to meet the 2040 target, according to Bezos. Amazon itself has announced an investment in Michigan-based automaker Rivian and today it said it has placed an order for 100,000 electric delivery vehicles by 2030.

The company also crystallised its previous long-term commitment to power its global infrastructure with 100% renewables. Now it says it wants to reach 80% renewable power consumption by 2024 and 100% by 2030.

Amazon said its progress bar towards The Climate Pledge goal will be available on the newly launched sustainability website.

Earlier this year, thousands of Amazon employees signed an open letter to Bezos and the company’s board of directors urging them to prioritise climate action plans that would cover not only all of the company’s businesses, but also the supply chain.