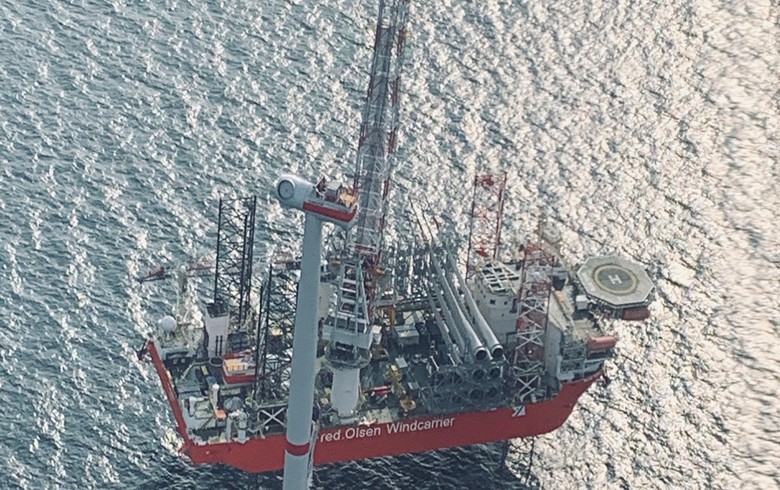 August 13 (Renewables Now) - All 71 Siemens Gamesa turbines have been installed at the 497-MW Hohe See wind farm in the German part of the North Sea, majority-owned by EnBW Energie Baden Wuerttemberg AG (ETR:EBK).

The last 7-MW machine was erected on Tuesday by the Blue Tern vessel, Fred. Olsen Windcarrier AS said in a Twitter post. The jack-up, together with the Brave Tern vessel, will now start turbine transportation and installation at Hohe See’s sister wind farm -- the 112-MW Albatros plant north of the island of Borkum.

The complex of the Hohe See and Albatros wind parks will include a total of 87 of Siemens Gamesa's (BME:SGRE) SWT-7.0-154 turbines, which EnBW plans to have fully operational by the end of 2019. Once completed the 609-MW power plant will be able to produce enough electricity to meet the demand of all the private households in Munich.

EnBW owns the two schemes together with Canada's Enbridge Inc (TSE:ENB). The German utility holds a 50.1% stake in each scheme, while its partner owns the remaining 49.9%.