All turbines installed at 450-MW Borkum Riffgrund 2 in Germany 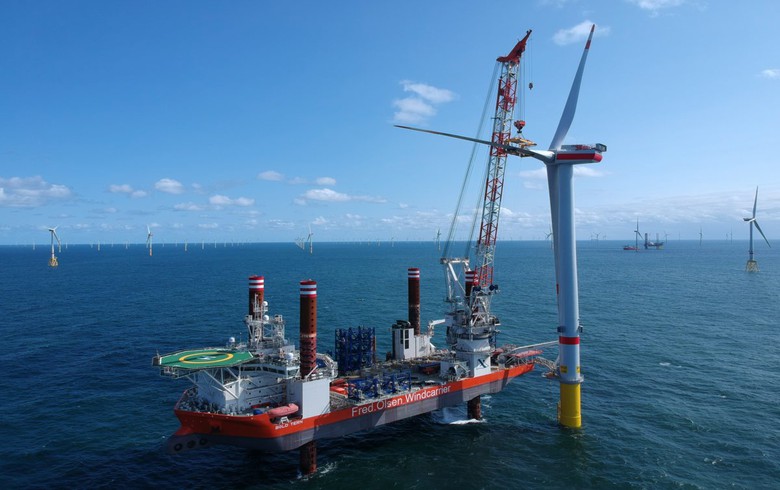 Installation of the final of the project's 56 turbines took place on Friday and was achieved ahead of schedule.

The wind farm fed electricity into the grid for the first time in early August. All turbines are expected to be connected to the grid by the end of 2018 and the facility should be fully up and running next year, when it will generate enough power to supply around 460,000 German homes.

The turbines were installed with the help of Fred Olsen Windcarrier's installation vessel Bold Tern.

MHI Vestas noted that the project brings the V164-8.0 MW turbine to the German offshore wind market. Also, its 11th turbine was the 100th V164 turbine to be installed globally. Twenty of the turbines were installed on suction bucket jackets and 36 sit on monopile foundations.