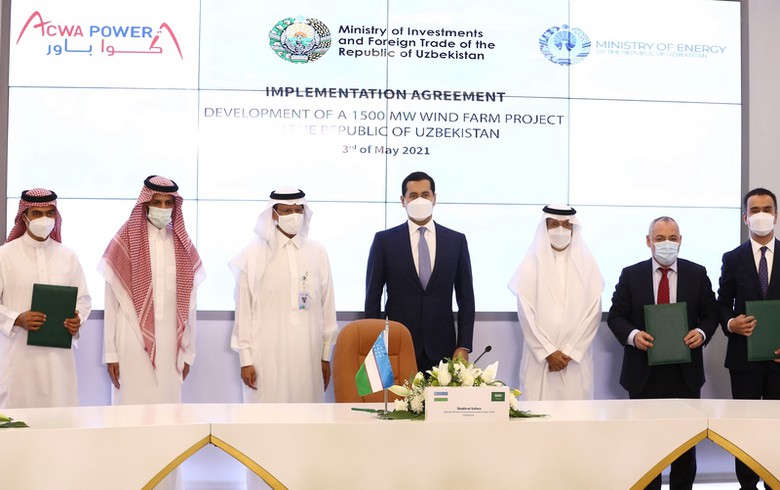 Signing of the implementation agreement for a 1.5-GW wind farm in Uzbekistan. Source: ACWA Power

May 4 (Renewables Now) - Saudi renewables developer ACWA Power has entered into an implementation agreement with the government of Uzbekistan in relation to a 1,500-MW single-site wind project in the Central Asian nation.

The deal with Uzbekistan’s Ministry of Investments & Foreign Trade and Ministry of Energy calls for the development, construction and operation of a wind power complex of that size in Karakalpakstan. Once up and running, the plant will be able to generate enough electricity to supply some 4 million homes and eliminate about 2.5 million tonnes of carbon dioxide (CO2) per year.

“This project will contribute to the implementation of our national renewable energy target of bringing the total renewable power generation capacity to 25% by 2030,” said Sardor Umurzakov, Uzbekistan’s Minister of Investment and Foreign Trade.