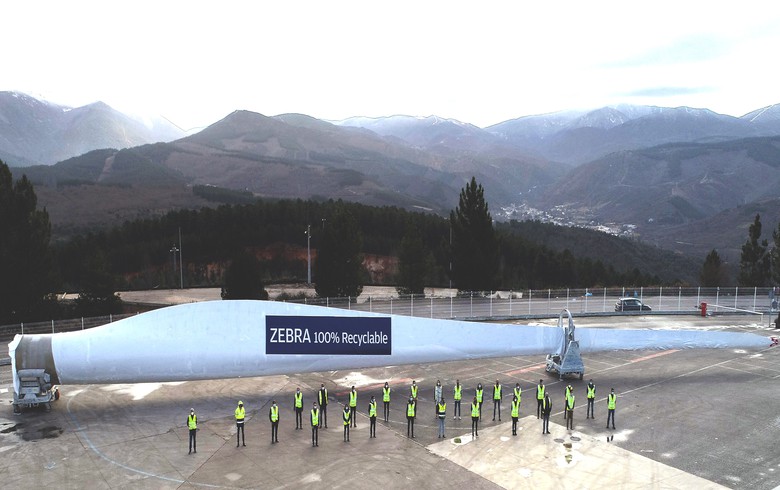 March 18 (Renewables Now) - The ZEBRA consortium has produced the first prototype of its 100% recyclable wind turbine blade in a step towards circularity, General Electric (NYSE:GE) said on Thursday.

The world’s largest thermoplastic blade with length of 62 metres (203 ft) was manufactured at the Ponferrada plant of LM Wind Power, part of GE Renewable Energy, in Spain. It is now set for full-scale structural lifetime testing at LM Wind Power’s test and validation centre in Denmark. Following completion of the tests, the recycling methods will be validated, some time in December 2022.

John Korsgaard, senior director, engineering excellence at LM Wind Power, commented that “the end-of-life thermoplastic composite blade material has high value in itself and can be readily utilised in other industries as material compounds but can also be depolymerised and the resin reused in the production of new blades.”