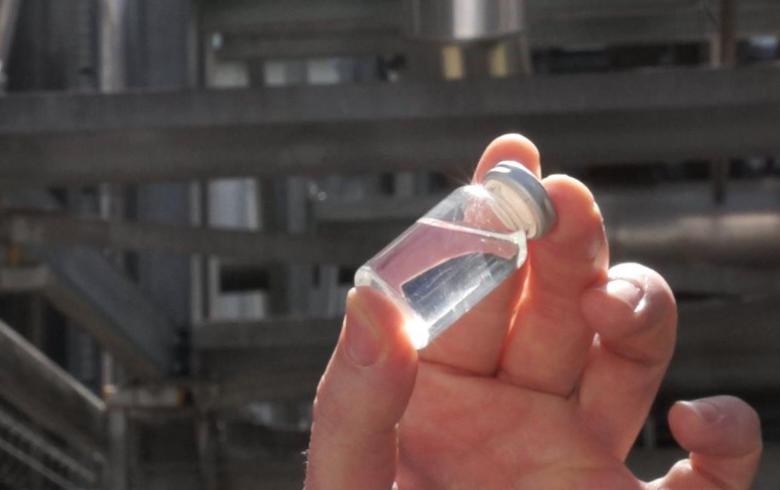 May 15 (Renewables Now) - Eleven European firms are starting a three-year, EUR-19.7-million (USD 23.5m) project to demonstrate the production of gasoline and jet fuel from softwood with Horizon 2020 backing.

Global Bioenergies (EPA:ALGBE), coordinator of the project, said Monday its Isobutene process will be combined with technologies developed by the other participants to demonstrate a new value chain at cubic meter scale, converting softwood residues into second generation renewable isobutene for the subsequent production of gasoline and jet fuel.

The REWOFUEL project has secured a grant of EUR 13.9 million under the Horizon 2020 programme, the agreement for which has been signed with the Innovation and Networks Executive Agency (INEA). The remainder of the funds for the project will be contributed by the participants. The table below contains details.

The EU has an estimated forestry residues potential of roughly 145 million tonnes per year, which could support “hundreds” of biorefineries, Global Bioenergies said.

“The REWOFUEL project has great potential to become an alternative value chain to existing biofuels and to create new uses of European residual forestry resources. All parts of the process - the extraction of sugars from wood, the conversion to bio-isobutene, lignin-based chemicals and the production of gasoline and jefuel - are well developed and are all cutting edge,” said Jonas Markusson, innovation head at ethanol maker Svensk Etanolkemi AB, or Sekab.

REWOFUEL also has the support of a number of industrialists including Air France and Safran.