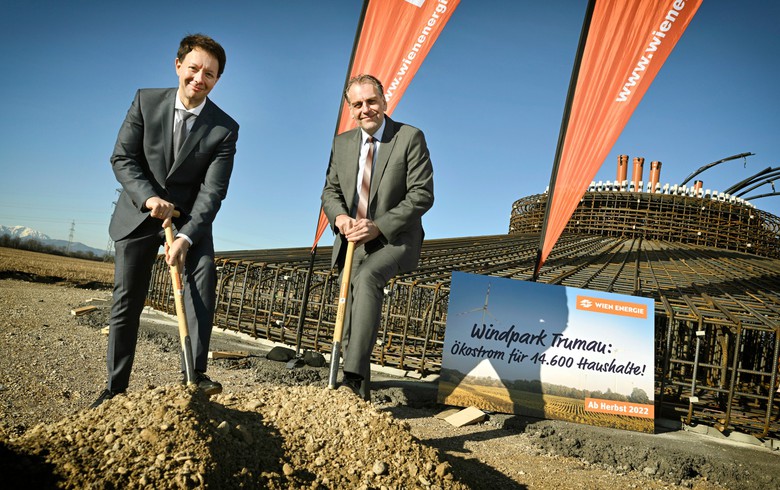 February 18 (Renewables Now) - Austrian energy company Wien Energie GmbH has started the construction of a 27.6-MW wind park in the state of Lower Austria as part of the company's strategy to nearly double its wind capacity by the end of the decade.

The Trumau wind park will feature eight Vestas V117 turbines of 3.45 MW each which will be installed in the Baden region in the summer, Wien Energie said on Thursday. The crane sites and foundations will be prepared and the cables laid by the spring. Once commissioned in the autumn of this year, the park will generate 51,000 MWh of electricity annually which will be enough for about 14,600 households in Lower Austria. The facility will offset 30,000 tonnes of carbon emissions per year.

The total investment in the project amounts to EUR 36 million (USD 40.93m).

The Vienna-based energy supplier currently operates 84 wind turbines with a combined output of 190 MW which produce more than 411 GWh of clean electricity per year. The company's wind capacity is expected to grow to 350 MW by 2030. Wien Energie also plans to install 28 MW of solar capacity in its home market this year in a bid to accelerate its renewables expansion and reach 600 MW of solar by the end of the decade.