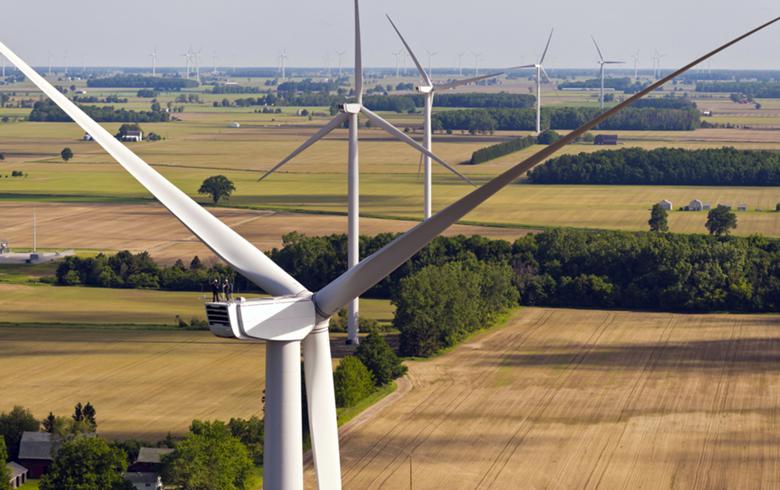 August 14 (Renewables Now) - German wind turbine maker Nordex (ETR:NDX1) today confirmed its guidance for 2019 despite a weaker first half, as it expects a significant rise in activity levels and considerably higher sales in July-December 2019.

The company reported earnings before interest, tax, depreciation and amortisation (EBITDA) of EUR 17.1 million (USD 19.1m) for January-June 2019, a result that is more than halved compared to the EUR 38.4 million registered a year earlier. This corresponds to an EBITDA margin of 1.7%, down from 4.0% in the first half of 2018.

Total output, which also takes into consideration services not yet turned into sales, jumped to EUR 1.6 billion from EUR 1.09 billion. This reflects the preparations being made for the high installation volume expected, Nordex said.

The table below gives more details about the company’s financial performance in the first half of 2019.

During the six-month period, Nordex installed 778.1 MW of wind turbines in 13 countries compared with 934.4 MW a year back. Europe accounted for about 34.5% of all installations.

Incoming orders in the Projects segment surged to 3,038.4 MW from 2,097.3 MW, with their total value reaching EUR 2.11 billion. Each of Europe and North America accounted for 37% of the incoming orders, while Latin America contributed 21%. The group’s order book amounted to EUR 5.3 billion in Projects and EUR 2.3 billion in Service at end-June 2019, compared to the respective EUR 3.2 billion and EUR 2 billion a year earlier.

For the full year, the company continues to expect sales of between EUR 3.2 billion and EUR 3.5 billion, an EBITDA margin of 3% to 5%, and a working capital ratio of under 2% in relation to sales.

Nordex said it now plans to invest some EUR 160 million through 2019 rather than the initially estimated EUR 120 million, mainly to increase rotor blade production capacity.

In the first half, the company expanded its turbine assembly production by 52% to 1,735 MW and increased rotor blade production by 48% to 659 units, up from 444 units.