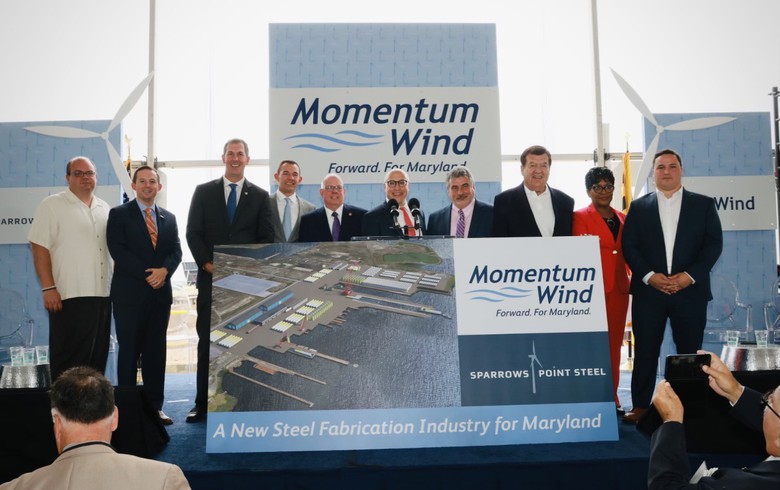 August 4 (Renewables Now) - US Wind Inc, the developer of the 270-MW MarWin project off the coast of Maryland, today unveiled a new 1,200-MW offshore wind plan.

The Baltimore-based company said in a statement that it will respond to Maryland’s call for 1,200 MW of additional offshore wind capacity with the Momentum Wind project, which comes hand in hand with a proposal to build the state’s first permanent offshore wind component factory -- Sparrows Point Steel.

At full buildout, Momentum Wind will consist of 82 turbines in addition to the 22 units that will make up the MarWin wind farm. The company has proposed a number of project configurations for Momentum Wind, including two smaller project sizes. The following table gives more details on the bids.

The largest proposed project could result in the creation of around 3,500 direct construction jobs and some 100 direct operations positions. The construction labour income is estimated at over USD 300 million (EUR 253m).

In conjunction with this new project, US Wind intends to build a monopile production facility at Sparrows Point, Baltimore, which is the former home of Bethlehem Steel. The company has signed an initial deal with the Tradepoint Atlantic multimodal logistics and industrial centre for site control of more than 90 waterfront acres at Sparrows Point. There, US Wind will, at first, spend some USD 77 million on the construction of a hub to support the MarWin project and then facilitate the investment of an incremental USD 150 million to develop Sparrows Point Steel. With this new factory, US Wind’s idea is to initially provide foundations for its own projects, but later also support developments “up and down the Eastern Seaboard”.

“Meeting our statewide goal of 50% clean energy over the next decade will be more attainable than ever with US Wind’s clean energy projects in full operation," commented Adrienne A Jones, speaker of the Maryland House of Delegates.

US Wind is majority-owned by Italian renewables developer Renexia SpA, which, in turn, is part of Toto Holding SpA. In 2014, the Baltimore-headquartered firm obtained a federal lease for site control to develop about 1.5 GW of wind projects off the coast of Maryland. The first phase of that area is called MarWin and the company just announced some progress on its development. More specifically, it has signed major deals with the Baltimore-DC Building & Construction Trades and IBEW to support work there. In addition, the company has recently deployed a buoy system on the site. 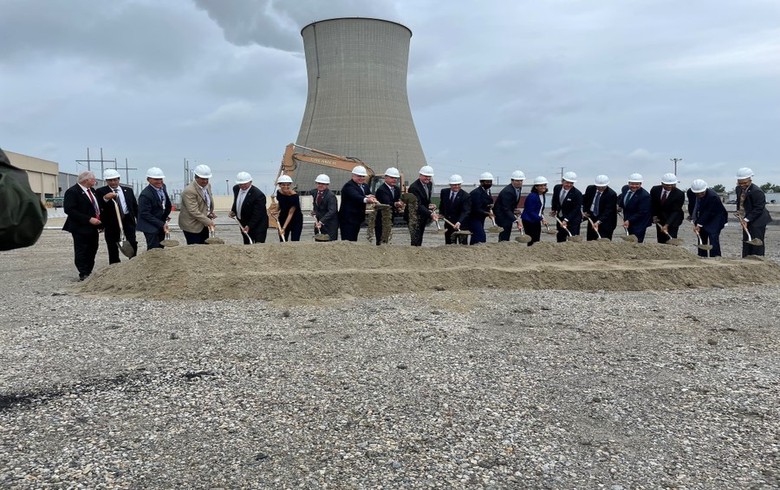