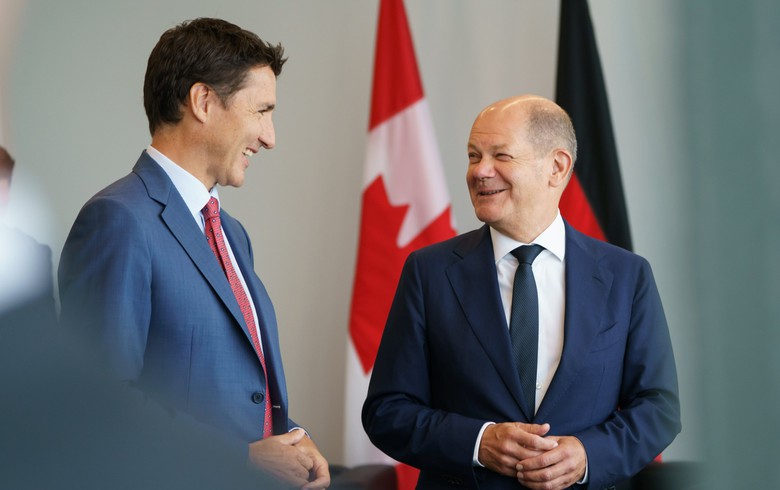 August 24 (Renewables Now) - Energy majors E.on SE (ETR:EOAN) and Uniper SE (ETR:UN01) are planning to import up to one million tonnes of green ammonia per year from Canada as Germany and the North American country agreed an alliance to speed up the roll-out of green hydrogen.

The two German power companies signed memoranda of understanding (MoUs) with EverWind Fuels Company to off-take 500,000 tonnes of green ammonia each from the Canadian company's production facility in Point Tupper, Nova Scotia. The project for the construction of a green hydrogen and ammonia plant at Port Hawkesbury is in the advanced stages of development and is expected to reach commercial operation in early 2025.

The green ammonia will be imported to Germany to support decarbonisation in the country and across Europe while reducing Germany’s dependence on Russian imports of fossil fuels.

The signing of the MoUs comes as Germany's Economy Minister Robert Habeck and Canada’s Natural Resources Minister Jonathan Wilkinson agreed on Tuesday the Canada-Germany Hydrogen Alliance. The cooperation between the two countries is aimed at building a transatlantic supply chain for green hydrogen with deliveries to Germany expected to begin as early as 2025.

The alliance builds on the German-Canadian Energy Partnership that includes also hydrogen. As part of the broader cooperation, Canada will seek to produce more hydrogen from renewable energy and export it to Germany which in turn will support potential importers and consumers of the clean fuel.

The two countries are planning also to implement and co-finance joint projects.

"The Hydrogen Alliance between Canada and Germany is a significant milestone as we accelerate the international market roll-out of green hydrogen and clear the way for new transatlantic cooperation," Habeck said.

The signing ceremony was attended by Canada's Prime Minister Justin Trudeau and German Chancellor Olaf Scholz who was on a three-day visit to Canada.

The Canada-Germany Hydrogen Alliance is the latest in a series of deals for green hydrogen and ammonia imports that the federal government has agreed since the outbreak of the war in Ukraine. Europe's largest economy has already secured imports from Australia, the UAE and Norway.