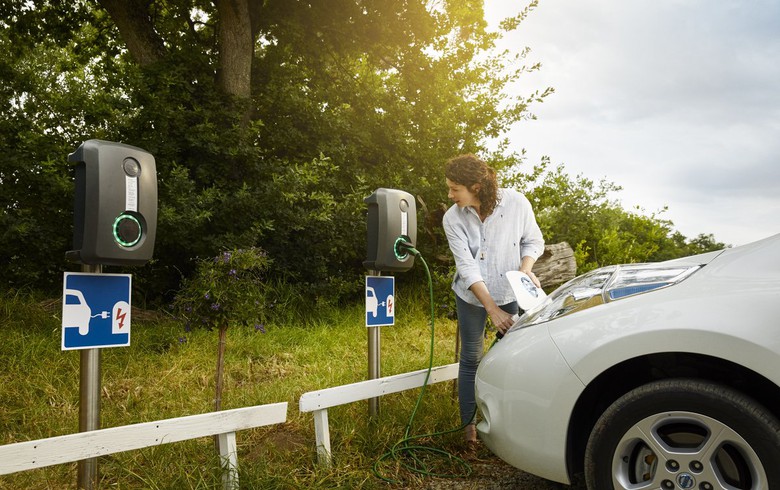 In a speech at the House of Commons, Sunak delivered the budget and outlined a range of focus areas that will be addressed in order to support the UK’s green ambitions. A set of policies aiming to cut carbon dioxide (CO2) emissions and providing green economic opportunities for local businesses, actions on low-emission vehicles, and the introduction of a Carbon Capture and Storage (CCS) Infrastructure Fund are among the key points laid out in the climate and energy field.

The tax on energy delivered to non-domestic users in the UK is planned to be changed by April 2022 so as to provide breaks for clean electricity producers, tipping the current regulations under which gas producers are required to pay less than clean power generators. Gas producers, in turn, will face an increase in taxation, according to the new plan. The Carbon Price Support, meanwhile, will remain unchanged up to 2022.

The government will open a Low-Carbon Heat Support Scheme that will support the installation of heat pumps and biomass boilers from April 2022. This will assist households and small and medium-sized enterprises (SMEs) to invest in such technologies by taking advantage of GBP 100 million (USD 126.2m/EUR 113m) of government funding. Additionally, a Green Heat Networks scheme will be introduced to encourage new and existing heat networks to use low-carbon heat sources, with GBP 270 million of funding to be made available.

The Domestic Renewable Heat Incentive (RHI) will be extended until March 31, 2022, with flexible tariff guarantees to be introduced under the Non-Domestic RHI in March 2021. The development of greener fuels, meanwhile, will be supported by a new Green Gas Levy.

The tax, levied on sales of petrol and diesel, will remain frozen at GBP 0.58 per litre, plus VAT, while the relief of red diesel will end in 2022. After that year, the approved uses of red diesel will be limited for all sectors except for the rail, home heating and agriculture.

The Budget puts a special focus on low-carbon transportation, with commitments in this category including a “comprehensive package of tax and spend reforms” for EV charging infrastructure and hybrid vehicles. Some GBP 533 million will be allocated to extend Plug-in Grant schemes for ultra-low emission vehicles to 2023 and an additional GBP 500 million will be made available to support the rollout of a “super-fast” EV charging network.

Zero-emission cars will be exempted from the Vehicle Excise Duty (VED).

With GBP 800 million, it will also set up a CCS Infrastructure Fund to establish CCS at two sites, one by the mid-2020s and another one by 2030.

A plastic packaging tax is also envisaged from April 2022, which according to Sunak, will stimulate manufacturers and importers to offset 200,000 tonnes of CO2 emissions per year. Other measures in the plastics field will be introduced, as well, among which will be the adoption of a smart waste tracking scheme. Flood defence schemes and projects fighting air pollution will also receive funding, together with nature conservation plans and programmes protecting overseas territories. The financing proposal envisages giving GBP 640 million for a new Nature for Climate Fund targeting land restoration and afforestation.

The new budget was met with diverse responses by the industry. While it was applauded by the Global CCS Institute, the Solar Trade Association (STA) said some of the measures, such as the freeze on the carbon price support rate, are “particularly disappointing” as is the lack of a “meaningful policy” on energy efficiency and green improvements for existing homes, including rooftop solar. STA’s chief executive Chris Hewett welcomed the extension to the Renewable Heat Incentive but noted the budget proposes insufficient measures to address climate change and support the low-carbon transition.

“Renewables are vital to reaching net-zero, and without good policies in place to support the uptake of solar we will fall well short of the 40 gigawatts needed by 2030 to keep on track. Time is running out to act,” he said.