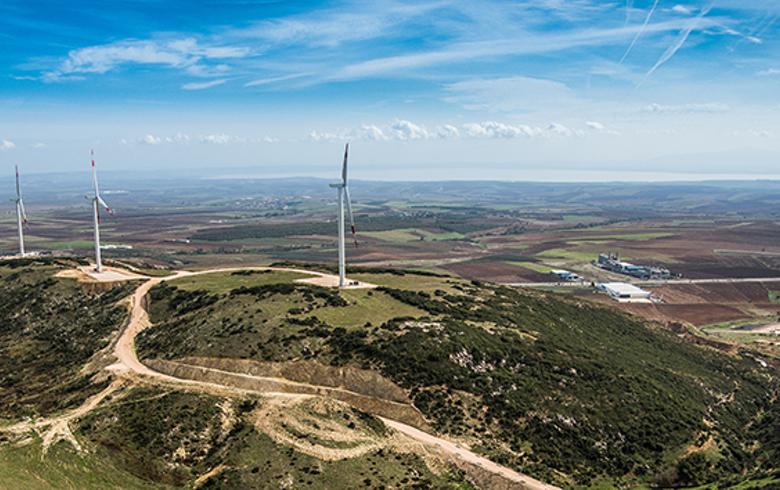 Edincik wind farm in western Turkey is one of 47 projects financed by the EBRD through its Mid-size Sustainable Energy Financing Facility (MidSEFF). Photo by EBRD. All rights reserved.

January 3 (Renewables Now) - Turkey has completed auctions for 2,130 MW of wind projects and issued preliminary licences for 2,110 MW of the total capacity, according to data by domestic power transmission system operator Teias.

The licences were issued in the last days of December, the Turkish Electricity Transmission Co (Teias) said on its website. Successful bids in the tenders ranged from USD 72.9 (EUR 61.1) per MWh to as low as USD 28.7 per MWh.

The country previously issued pre-licences for 710 MW of wind schemes in 11 regions and also awarded 1,000 MW of wind power projects at renewable energy resources areas (YEKA). In April 2018 it plans to seek bids for an additional 2,000 MW of capacity, in line with a plan to promote investment in wind power by 2023, Daily Sabah writes.

According to the newspaper, Turkey has spent USD 5 billion on wind power last year and awarded licences for 4,000 MW of wind power projects. After an auction held this summer, it awarded the 1,000-MW wind project to a consortium that includes Siemens Gamesa Renewable Energy SA (BME:SGRE) and Turkey's Kalyon and Turkerler, which launched the winning bid of USD 3.48 per kWh.