THE FRIDAY NOTE: Costa Rica over 98.5% renewable in H1 and more top news 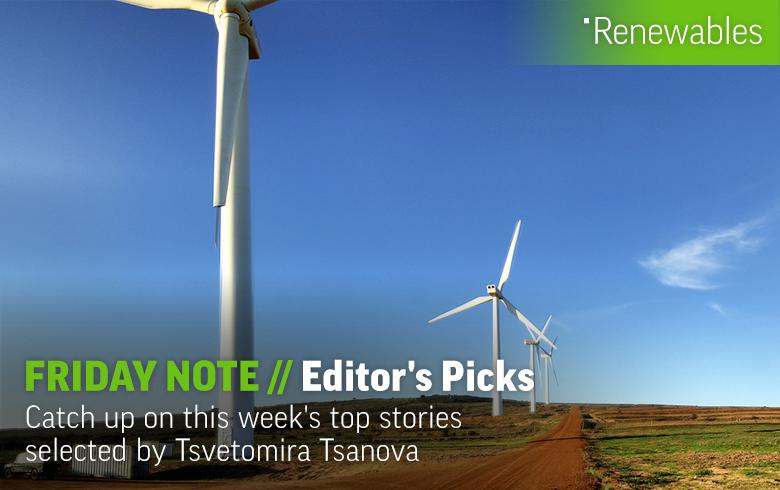 July 3 (SeeNews) - This week Costa Rica said 98.55% of its power came from renewables in H1, Bill Gates unveiled plans to spend USD 2 billion on renewables in 5 years, and Kenya’s KenGen presented a 400-MW wind farm project, which could get financing from Europe.

Other important news include the formation of a 1-GW wind JV between Gamesa and SunEdison with a focus on Mexico and India, Engie’s acquisition of a 95% stake in Solairedirect, and several huge wind turbine orders.

The share of non-renewable generation in Costa Rica fell to 2.9% in the first half (H1) of 2015 from 10.34% a year ago. Hydro, geothermal, wind, biomass and solar power plants produced 98.55% of its electricity in the period, according to state-run utility ICE.

In Spain the renewables share in electricity was 42.7% in H1, while in Germany it hit the record 32.5% thanks mainly to wind power capacity additions.

Kenya’s electricity producer KenGen said Thursday it has plans to set up a 400-MW wind farm in Meru county. The firm’s CEO said two financiers -- France’s Development Agency (AfD) and Germany’s Development Bank, KfW -- are in the country this week to decide whether to back the project.

Earlier in the week it was announced that the Lake Turkana Wind Power (LTWP) project will be ready to start supplying 50 MW to 90 MW as early as September 2016.

Bill Gates intends to invest some USD 2 billion (EUR 1.8bn) in renewable energy over the next five years, thus doubling the total sum he has spent on green technologies so far. The co-founder of Microsoft said so in an interview with the Financial Times, adding that the industry needs to focus on innovation because current technologies can lower global carbon dioxide (CO2) emissions at just a “beyond astronomical” economic cost.

Gamesa (BME:GAM) and SunEdison Inc (NYSE:SUNE) plan to form a 50/50 joint venture (JV) to develop up to 1 GW of wind projects by 2018 with a focus on India and Mexico. The Spanish wind turbine maker said Thursday that the projects will come from its own global pipeline. SunEdison will acquire them once they are ready for construction.

At the start of the week Swedish state-owned utility Vattenfall AB said it has chosen MHI Vestas Offshore Wind as preferred supplier of turbines for the 400-MW Horns Rev 3 project off Denmark’s west coast. On the next day Vestas Wind Systems A/S (CPH:VWS) unveiled 537 MW of US wind turbine supply contracts for onshore projects. Two deals are coming from SunEdison.