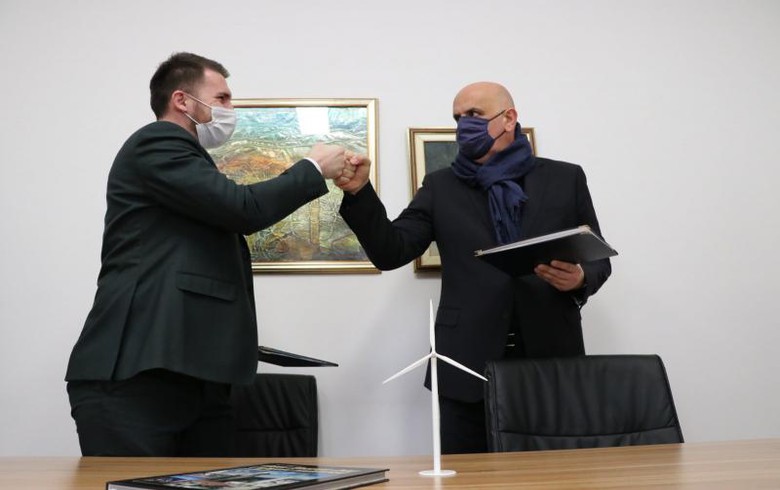 "Construction should start in August this year. [...] If everything goes by plan, the wind farm could be launched for trials next year and commissioned in 2023," Suzlon Wind Energy BH CEO Samir Dzaferbegovic was quoted as saying in a statement by the Sarajevo Canton government on Friday.

Bosnia's Sarajevo Canton government signed an annex to the 30 million euro ($36.4 million) agreement with Suzlon Wind Energy BH for the construction of the wind farm which reflects changes in the project documentation related to the purchase of latest defrosting technology, the government also said in the statement.

The annex cuts the number of wind turbines to five from twelve but the total capacity of the wind farm will remain unchanged at 25 MW.

In 2018, when the concession deal for the construction and operation of the wind farm was signed, the Sarajevo cantonal government said that the concession contract can be renewed for up to 15 years.

Suzlon was initially expected to launch construction works on the project in 2019.

The wind farm will employ some 20 people.

Ivan Sedlo is a mountain pass on the Ivan Mountain, near Hadzici, a town located some 20 km west of Sarajevo.

The Sarajevo Canton is one of 10 cantons of the Federation of Bosnia and Herzegovina, one of two entities in the country. The other is the Serb Republic.