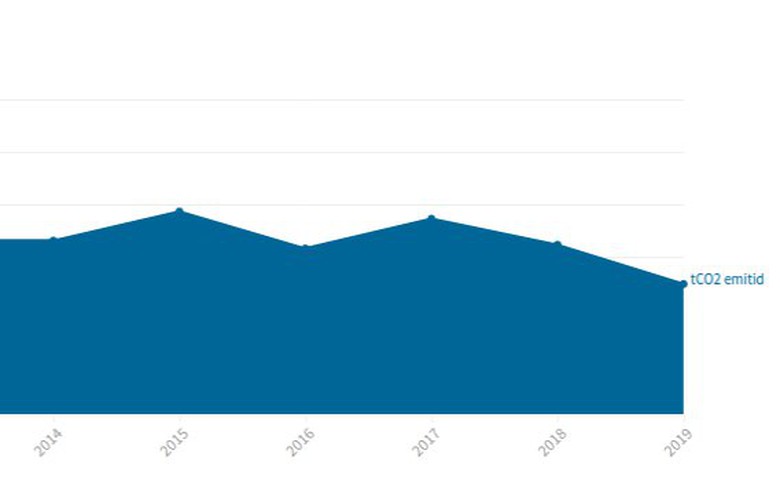 Spain's progress is even more markedly pronounced with respect to 2007 when CO2 emissions associated with electricity generation reached 110.9 million tonnes.

In 2019, nuclear, pumped-hydro storage and all renewables held a combined share of 59.6% in the Spanish power mix. The share of coal, on the other hand, never went above 5%. For five days in December, coal did not produce a single MWh in Spain’s peninsular electricity system, REE said.

According to the grid operator, last year marked the lowest point for coal since it started keeping data.

REE nevertheless warns that other high emitters are still very much present in the Spanish power mix. The country’s combined-cycle power plants generated enough electricity to rank second by production, just behind nuclear, and third by CO2 emissions.

According to the latest report on greenhouse gases (GHG) issued by the Spanish ministry for ecological transition this January, power generation was the country's third source of GHG pollution in 2018, responsible for 17.8% of all emissions.