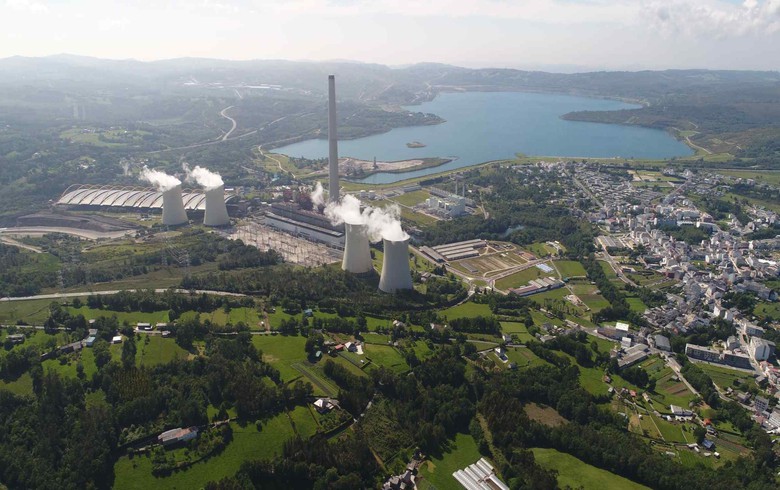 September 20 (Renewables Now) - Spanish utility Endesa SA (BME:ELE) on Monday presented a EUR-2.7-billion (USD 2.7bn) plan for renewables and other projects to regenerate the area around its coal-fired power plant in northern Spain once it is closed, despite having no date for closure in sight.

The Spanish ministry for the ecological transition said on Monday that it is going to authorise the shut down of two of the As Pontes plant’s four 350-MW units, and condition the closure of the remaining pair on the capacity availability in Spain’s electricity system.

Despite uncertainty over the power plant's demise, Endesa stated that it will remain committed to the As Pontes community and the wider region of Galicia, with plans to invest in 1,300 MW of wind energy projects, a 100-MW electrolysis plant and set up a wind farm maintenance centre.

According to the plan, Endesa would start the permitting procedure for the wind projects as it dismantles As Pontes. The company has wind farms to build for US aluminium producer Alcoa Corp (NYSE:AA), which hopes to procure their output under a power purchase agreement (PPA). Some 611 MW of wind farms for Alcoa would be located in the As Pontes area, Endesa said.

Another group of PPA-backed wind farms, totalling 191 MW, would be reserved for Sentury Tire, a Chinese company that seeks to build a tire factory on Endesa’s land around the power plant. Under a separate agreement, Endesa will transfer a patch of land to Spanish pulp and paper producer Ence Energia y Celulosa SA (BME:ENC) for the construction of a facility to recover and produce recycled natural fibres.

These and other proposed actions in the area will depend on obtaining permits, Endesa said. The company expects its energy transition plan to create over 1,300 jobs to fill the employment void caused by the eventual As Pontes closure.

Endesa pledged to get out of coal-burning generation by 2027 and was almost close to shut down As Pontes, its last coal-based power plant in the Spanish mainland. The ministry for the ecological transition said it had in its hands a report authored by Spanish grid operator Red Electrica de Espana (REE) in 2020 which approved the full shut-down.

However, in the spring of 2022, the ministry sought another opinion from REE on what to do with Endesa’s petition for closure in light of Spain’s battles with the European energy crisis, the need for more power due to droughts and France’s nuclear outages. According to the ministry, REE found it could only close two already inoperative units.